Let’s give you a nice tip for the Olympic games! Passing along the following tip regarding Touchnote (the app that allows you to send postcards from your smartphone or online) through 8/31, thanks to a partnership with Samsung, postcards are free. People can share their photos as real postcards with family and friends through Touchnote’s Android app, the campaign website and the Facebook app, the postcards can be sent anywhere in the world. Additionally, people using the Samsung GALAXY Note and S-pen will be able to include hand-writing on the free postcards. 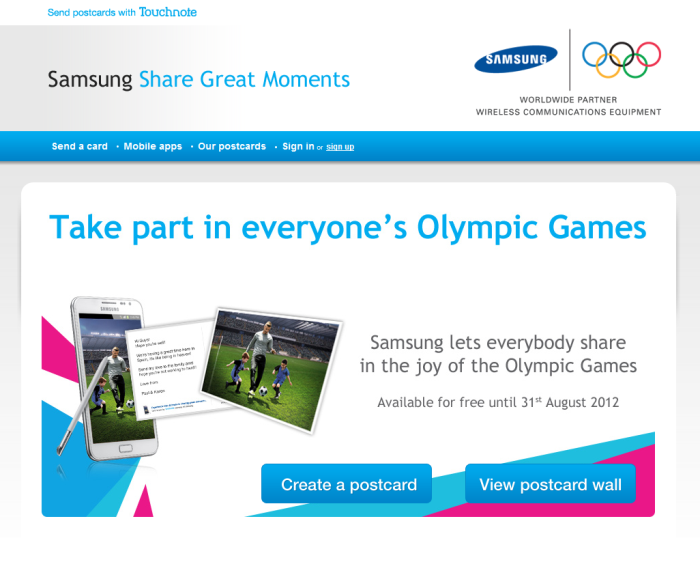 Through to the end 31st August, Samsung will be giving away hundreds of thousands of postcards through:
· Touchnote mobile app for Android phones and tablets
· Facebook at apps.facebook.com/touchnote_app
· Online at samsungsharegreatmoments.touchnote.com