Galaxy Watch 5 losing the rotating bezel is foolish, here’s one reason why 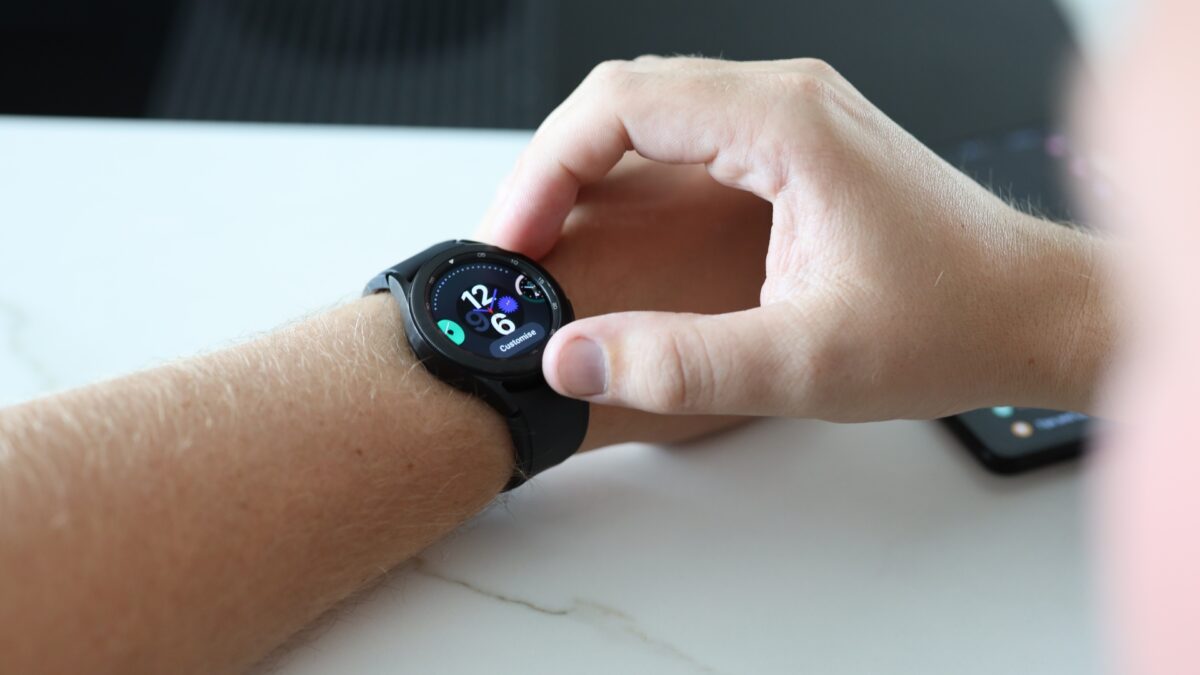 Plus ça change, plus c’est la même chose. This French expression is what came to find when the first rumor about the Galaxy Watch 5 ditching the physical rotating bezel came up. Loosely translated, it means the more things change, the more they stay the same. One would have thought that Samsung wouldn’t have us back debating the same issue once again.

Samsung ultimately had to bring back the physical rotating bezel with the Galaxy Watch 3. This crucial design element was retained for the Galaxy Watch 4 as well. Now as we look forward to the Galaxy Watch 5, multiple rumors and reports have suggested that the bezel is going away for good.

It seems to make no sense why Samsung is taking a step back when there’s really no need to. It’s not like customers have been complaining about the rotating bezel negatively impacting the user experience. If anything, it’s one of the reasons why a lot of people buy a Galaxy Watch in the first place!

We’ve explained before why this decision feels like one where Samsung doesn’t seem to care about its most loyal customers anymore. It might end up being counterproductive and might make a lot of people consider other smartwatches. Samsung still doesn’t have the benefit of a strong ecosystem behind it like the way Apple does. So steps like these, which many customers deem to be transgressions, can be a quick and easy way to lose customers.

That’s not the only reason why doing this will be a foolish move. Samsung executed its vision of what the rotating bezel can be for a smartwatch perfectly. Remember, this design element has been around for decades. You can pick up a diver’s watch from 50 years ago and it’s going to have a rotating bezel. What Samsung did that was so amazing was making it work for smartwatches.

Navigating through the user interface was not only very pleasant but also incredible precise. You just can’t get that level of control with a digital rotating bezel. Everything from the satisfying clicking sound that the bezel made with every turn to how premium it felt to the touch, the execution was perfect. Nobody has been able to replicate that with such finesse. Samsung took the rotating bezel and made it its own.

The smartwatch is a crucial tool for those who live an active lifestyle. Samsung has been significantly improving the health and fitness features of its Galaxy Watch devices as it wants to attract more of those customers. Naturally, you’d want the device to make their lives easier as they enter beast mode in the gym, go for a leisurely hike or have a jog on the Avenue des Champs-Élysées.

One of the frustrations I’ve had with the digital rotating bezel of the Galaxy Watch Active 2 in the gym is that selecting an exercise to track while you’re active can often be a pain. Imagine that you’ve hopped on the elliptical and need to select the appropriate workout. Try doing that while on the machine with the digital bezel and you’ll either miss the desired workout by multiple options or end up selecting the wrong one entirely.

It gets worse if you’ve been sweating profusely because some of that will inevitably land on the watch display. That messes with the touch recognition so even if you give up on trying to use the bezel in frustration, swiping does little good either. And no, the automatic workout recognition isn’t nearly as effective as you’d like it to be. For example, it often registers elliptical workouts as rowing and treadmill workouts as cycling.

You know what’s the best solution to all of these frustrations? A physical rotating bezel! Take it from someone who has used almost every Samsung Galaxy Watch ever made. There is absolutely no comparison to the level of control that it provided regardless of whatever you may be doing. That’s why it boggles the mind so much why Samsung has suddenly decided that it’s not good enough for the next Galaxy Watch.

What’s even more surprising is that the company is doing this even though it already provides a choice. For years now, Samsung has been launching two Galaxy Watch models, one with the physical rotating bezel and one with. It’s going to launch two Galaxy Watch 5 models, but this time around the bezel will be missing from both of those models.

Ultimately, it’s all about offering customers a choice. When Samsung is already selling another model, customers who want a Galaxy Watch 5 but don’t like the rotating bezel will just opt for the model that doesn’t have it. Everyone else will get the other model. Why do this when you’re already providing multiple models so that the new Galaxy Watch can be all things to all people?

Even though this substantial change hasn’t been confirmed, you can already hear the rumblings from the fan communities. Loyal Galaxy Watch users are not happy about this and with good reason. A product that they know and love is being fundamentally changed even though nobody asked for it.

What’s more surprising is that the digital bezel may continue to be offered. That’s just pouring salt in the wounds. We’ve already argued that if the physical bezel is going, then there’s no point in keeping the digital bezel around. If Samsung feels that navigation through a bezel ring no longer fits with its vision for the Galaxy Watch then it must be a clean break.

Perhaps Samsung might be deterred by the criticism that’s already surfaced. However, with the expected launch not that far off, it’s unlikely we’ll see a reversal. It’s better to just keep your fingers crossed that amends for this foolish mistake are made next year.

As of this writing, Samsung maintains a relatively high level of secrecy around its Galaxy Watch 5 series launch plans. Official pricing details are unknown, but Samsung should unveil the next-gen smartwatches on August 10, and at least one retailer appears to have already listed the wearables online. Better yet, these listings suggest that the […]