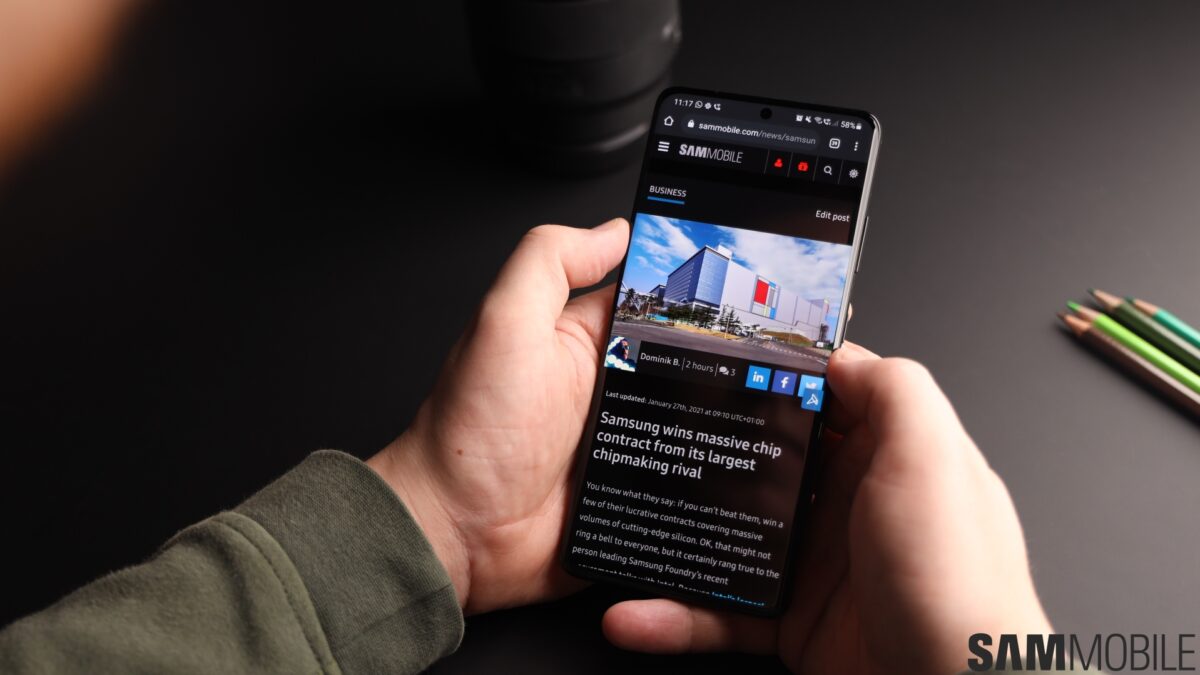 Every major Android update, without exception, is followed by a torrent of bugs. This time around Android 12 has a peculiar interaction with WhatsApp that seems to mess with the quality of videos shared via the application. Several users are complaining about green lines showing up on videos shared via WhatsApp. The lines usually manifest themselves at the horizontal or vertical edge of the said video. There doesn’t seem to be any pattern here, and it just appears at random. Refer to the attached video to see the problem in action.

Users have taken to Samsung’s community forums and Reddit to report the bizarre happening. We were able to recreate the problem on one of our in-house Galaxy S21 Ultra units. However, when we tried sending a video from another Galaxy S21 Ultra, it went through fine, indicating that the problem is restricted to a handful of units.

Further complicating the situation is the fact that it isn’t just Samsung users that are at the receiving end. Some Pixel 6 and OnePlus users have also complained about it, indicating that it could be an issue with Android 12 in general. We may have to wait for more users to come forward with their woes before WhatsApp considers it to be a problem and issues a fix.

Until that happens, we’d recommend that you send the video as a document, as that is the only reliable way to retain its integrity. Furthermore, WhatsApp on Android 12 seems to be compressing videos a lot more aggressively. That could probably be the reason why the green lines appear, but we won’t know until WhatsApp investigates the matter further.

Is your Galaxy S21 series phone suffering from this issue on Android 12?