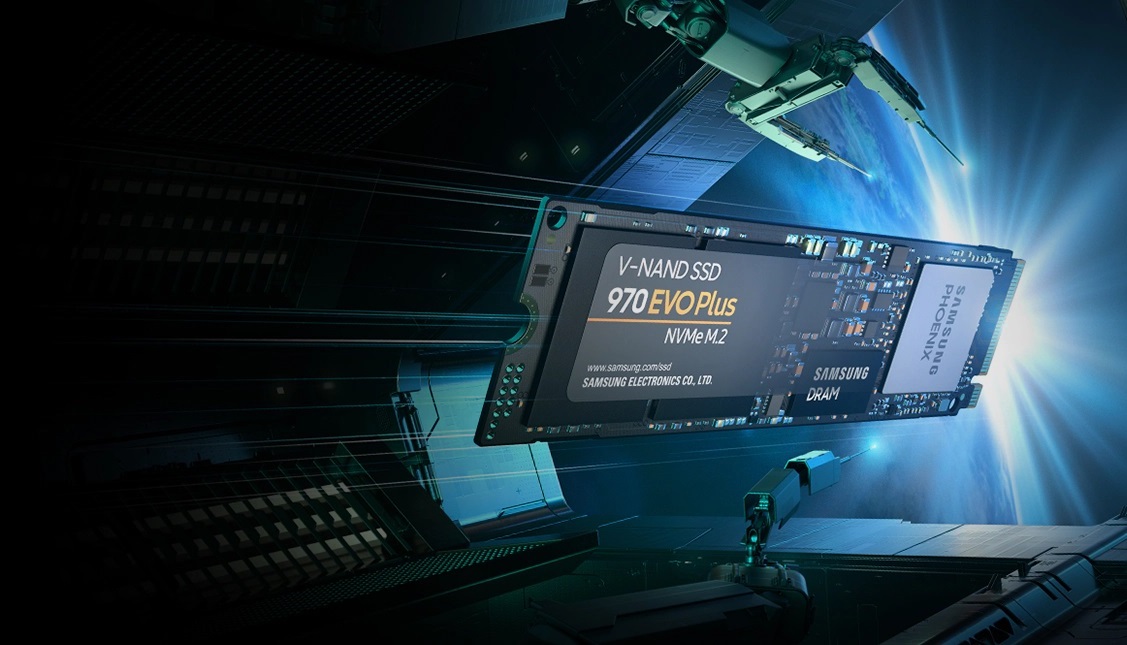 Samsung has joined the list of SSD manufacturers that have recently replaced some of their components without communicating these changes to customers directly. OEMs like Western Digital, Patriot, Adata, and Crucial have come under fire recently as consumers realized that the TLC NAND got replaced by inferior QLC NAND solutions with recent SSD revisions. Fortunately, Samsung appears to have changed things for the better and gave the 970 EVO Plus SSD a newer, faster controller.

This change appears to have been prompted by the global semiconductor shortage. Thankfully, unlike its competitors, Samsung is changing things for the better and hasn’t downgraded from TLC NAND. Essentially, newer 970 EVO Plus releases come equipped with the same Elpis controller as the 980 PRO SSD instead of the PCIe Gen 3.0 Phoenix controller. Yes, Elpis is a PCIe Gen 4.0 controller, but it’s backward compatible with the PCIe Gen 3.0 platform.

The Elpis-based 970 EVO Plus SSD has different firmware, and benchmarks show that it benefits from a bigger 115GB SLS cache, up from the original model’s 42GB SLS cache. This seemingly comes with a drawback, at least in synthetic benchmarks, as discovered by a YouTube channel 潮玩客 and later related by Tom’s Hardware.

The new 970 EVO Plus version has a 173% larger SLS cache, but benchmarks suggest it has poorer sustained write speed. In HD Tune Pro, the newer SSD revision topped 2,500MBps compared to the old version’s 1,750MBps, but after the 115GB SLS cache got filled, the write speed on the new 970 EVO Plus dropped to around 800MBps.

However, benchmarks don’t tell the whole story, as demonstrated by the newer 970 EVO Plus SSD performing better in a real-world writing test when copying a single 154GB file (exceeding the SLS cache by 39GB). In the real world, these changes balance out in favor of the new revision, and it turned out that the Elpis-based 970 EVO Plus finished writing the file faster than the older model.

One last side-effect worth mentioning is that the revised SSD seemingly runs hotter by 10-20 degrees Celsius — with variations depending on load — than the older version.

The old 970 EVO Plus SSD has the MZVLB1T0HBLR PSID on the label, and Samsung customers can identify the new Elpis revision by PSID: MZVL21T0HBLU.