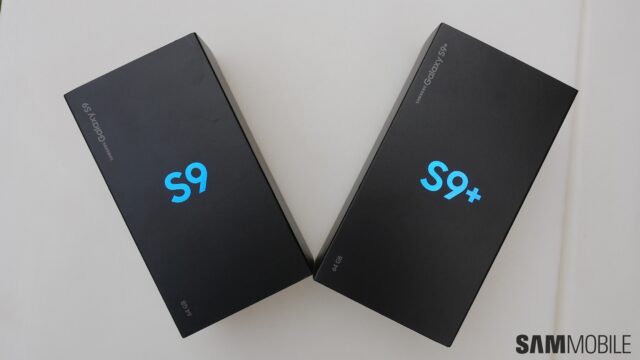 Samsung officially announced the Galaxy S9 and Galaxy S9+ with a strong emphasis on the camera. The new flagship devices look similar in design to their predecessors while offering many changes inside. Unlike the striking design of the Galaxy S8 duo, communicating the under-the-hood improvements in the Galaxy S9 and Galaxy S9+ require more marketing efforts from Samsung. The company seems to be doing precisely that with its advertising event at the Burj Khalifa, the world’s tallest building.

Samsung plans to hold similar events in other major cities

Samsung organized an extravagant LED show on the face of the iconic skyscraper, the Burj Khalifa, to celebrate the launch of the Galaxy S9. Samsung is the first technology company to present an LED show at the iconic building. Samsung also set up a series of booths near the skyscraper to let the tourists and spectators who came to watch the light show experience the capabilities of the Galaxy S9 duo in person.

These booths were designed to communicate the new features of the Galaxy S9 in a fun and engaging way. The Paint Beat Box experience station allowed visitors to paint with music, creating a perfect place to try the new Super Slow-motion feature in the S9 and S9+. The Water Balloon Wall booth presented visitors a chance to test drive the Super Slow-mo feature’s automatic Motion Detection by letting visitors capture the exact moment their balloon burst and then watching the action in super slow motion.

AR emoji is one of the headline features of the Galaxy S9. So, Samsung also set up the My Avatar experience booth where visitors could transform themselves into an AR emoji and play with their animated character. For showcasing the Galaxy S9 and S9+’s low-light camera capabilities, the company set up the Seeing Through the Lights experience booth, letting visitors test the camera in a ‘mirrored room full of low illuminate lights.’

Samsung will project its Galaxy S9 and S9+ campaign on the Burj Khalifa five times from 19:57 GST on March 2 through 20:27 GST on March 3. The company is planning to hold similar Out of Home (OOH) advertising events in other major cities and at iconic landmarks, details of which are yet to be announced.