Microsoft has added S Pen support to its Outlook Android app in the latest update. Galaxy Note users with Outlook version 3.0.131 and above can now use their S Pen to hover over emails, attachments, events, and people to quickly preview the contents and take actions, similar to the Samsung Email app.

The update is interesting given the recent strategic partnership between Samsung and Microsoft. The deal will involve, among other things, Samsung pre-installing Microsoft apps on its Galaxy devices. Accordingly, the Galaxy Note 10 comes with many Microsoft apps such as (may vary by region) Word, Excel, PowerPoint, Outlook, OneDrive, and LinkedIn. It also comes with the Link to Windows feature, which is a rebranded version of the software giant’s Your Phone app.

Interestingly, Samsung already has many first-party apps which compete with Microsoft’s offerings. The former’s apps also take better advantage of Samsung-specific features such as the S Pen, Bixby, etc. If Microsoft adds some of these features to its Android apps, like the S Pen support for Outlook, we may see them replacing a few Samsung apps (Samsung Email, Samsung Notes, Samsung Cloud, etc.) on future Galaxy devices.

To be clear, neither Samsung nor Microsoft has announced any such plans yet, but given how the Korean company has opted for Link to Windows when it had Samsung Flow, it is not a far-fetched prediction. 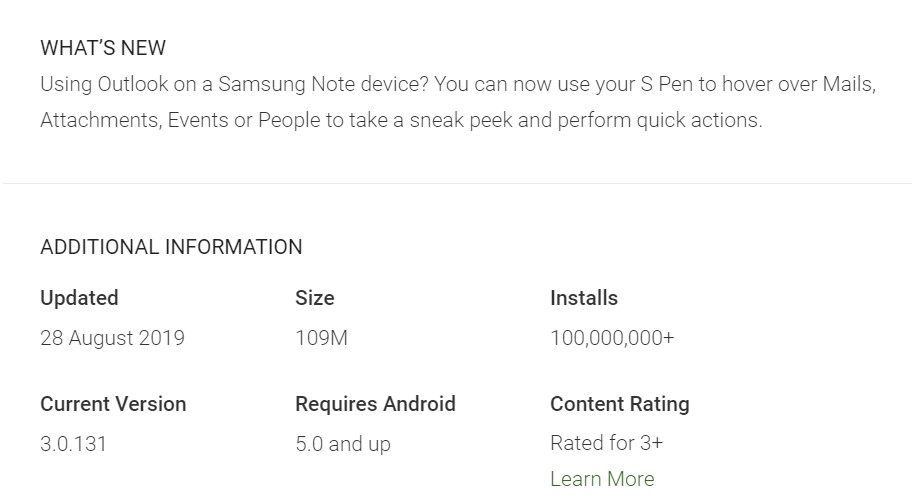