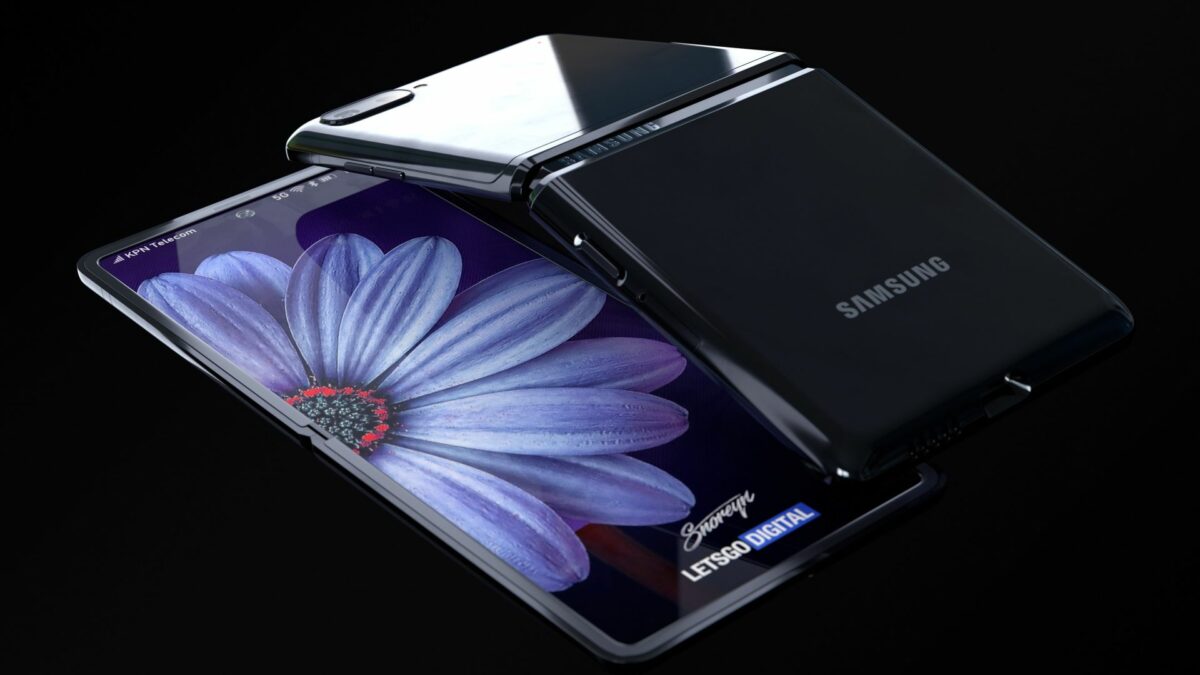 Flip phones are about to make a comeback in style thanks to flexible display technology, and the Galaxy Z Flip is going to play an important role in these events. And if you can’t contain your excitement until February 11 when the device is expected to hit the stage at Unpacked, then you might get some enjoyment out of looking at these pretty 3D concepts from LetsGoDigital, depicting the phone’s exterior design from all angles.

Similar to the previous unofficial concept video for Samsung’s upcoming clamshell device, the latest renders are based on leaked information and specifications. In other words, they might not be entirely accurate but they should capture the essence of what the Galaxy Z Flip is all about.

And, in essence, it’s all about creating a compact device that can unfold to reveal a screen that’s twice as large as the phone’s folded footprint. As you can tell from these images, the Galaxy Z Flip is not going to have the thinnest bezels around, and although that was also said about the original Galaxy Fold, it still had a lot of other features and design elements that detracted one’s attention from the bezels. The Galaxy Z Flip, on the other hand, doesn’t seem to have a lot to brag about in regards to the design, other than the unusual form factor itself.

Then again, the OG Fold targeted a market segment beyond ‘premium’ and this resulted in an unprecedentedly high $2,000 price tag. In contrast, the Galaxy Z Flip is consciously cutting some corners in favor of a lower price tag. There are only two exterior cameras, a single front-facing unit, and the cover display is the definition of minimalistic.

Do you like the Galaxy Z Flip’s design based on these renders? Is there anything about this device that you would change while staying true to the clamshell formula? Leave a comment below.