According to Reuters, Swatch Group, the famous Swiss watchmaker which owns renowned brands like Longines, Omega, Swatch, Rado, and Tissot, has filed a complaint against Samsung Electronics and Samsung Electronics America in the U.S. District Court for the Southern District of New York over trademark infringements.

Swatch alleges that downloadable watch faces available for the Gear Sport, Gear S3 Classic and Frontier smartwatches “bear identical or virtually identical marks” to its trademarks. The Swiss company is demanding a trial and seeking more than $100 million in damages. The company says it initiated the legal proceedings in the US since the allegedly infringed trademarks were registered there.

Samsung smartwatch users can download thousands of watch faces from the Galaxy Store. Barring a handful, most of them are designed and sold by third-party developers. It is not immediately clear if the watch faces under contention are designed and published by Samsung themselves. Incidentally, we have reported in the past that many third-party watches faces available in Samsung’s app store blatantly copy iconic watch designs and yet pass the company’s store approval process.

“This unabashed copying of the Trademarks can have only one purpose – to trade off the fame, reputation, and goodwill of the Swatch Group Companies’ products and marks built painstakingly over decades,” the Swatch Group said in its complaint

“This is a blatant, wilful and international violation of our trademarks by Samsung,” a Swatch spokesperson told Reuters. “The affected brands are worth billions. Our claim for compensation? Triple digits in millions,” the representative added further. Samsung, on the other hand, declined to comment on the complaint.

Update – The Verge has published images of the watch faces mentioned in the complaint. All these watch faces are from third-party developers. Regardless, it still remains that Samsung approved them for publishing in its store and takes a share of their sales proceeds. 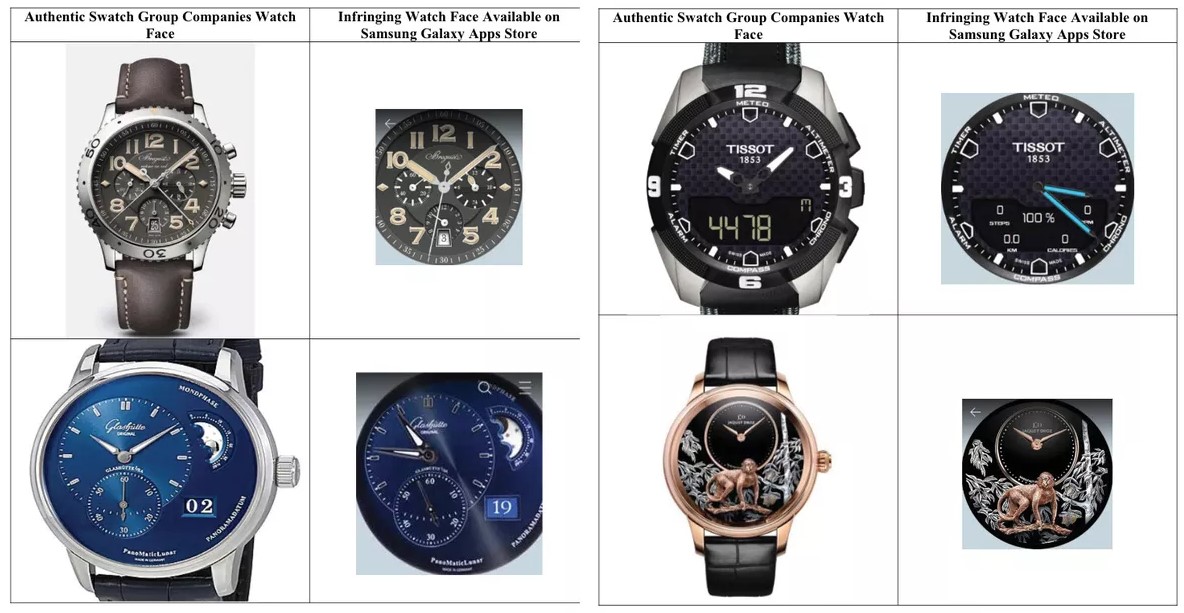 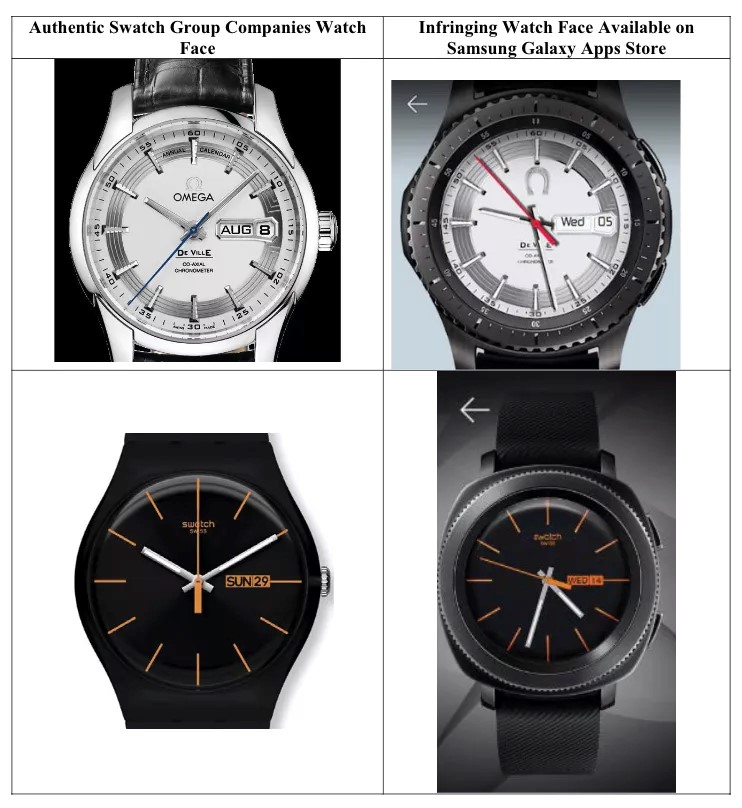