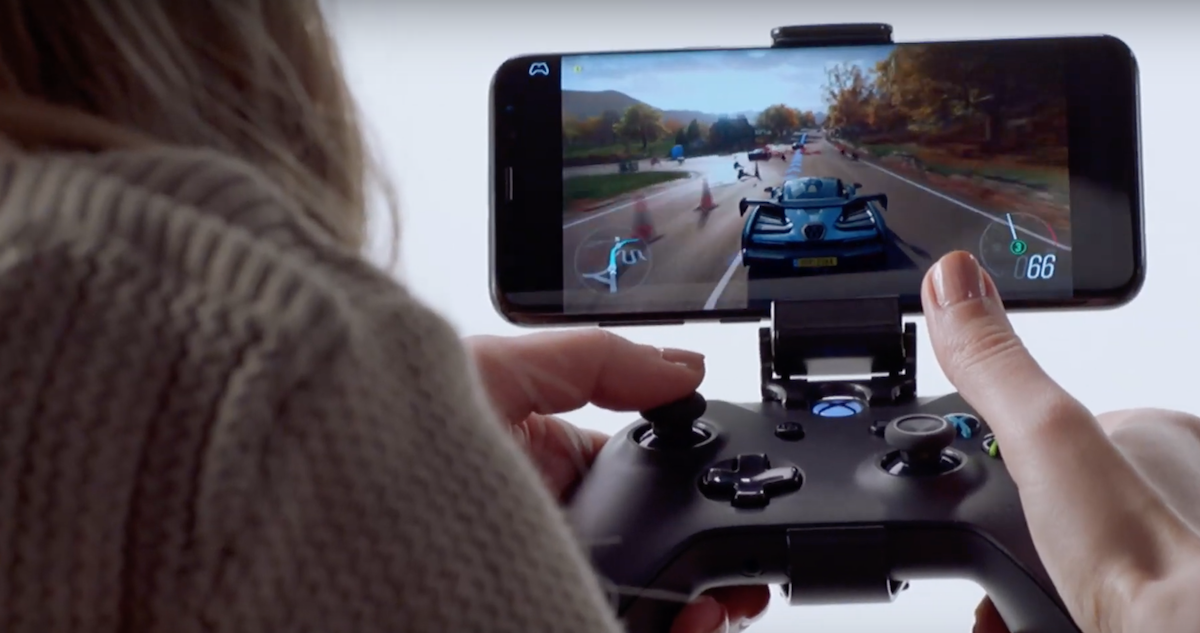 Microsoft xCloud or Project xCloud will have support for Samsung’s smartphones and tablets. This was confirmed during the second session of Samsung’s developers’ conference in San Francisco. Project xCloud is a new game streaming service that Microsoft is working on. It will bring console-quality games to a wide variety of devices including mobile devices from Samsung.

Samsung has diligently been working to expand its gaming ecosystem to make its Galaxy devices more appealing to gamers. There are whispers that it may be working on a full-fledged gaming smartphone as well but Samsung is yet to acknowledge the existence of such a device. Microsoft unveiled its Project xCloud gaming streaming service at E3 2018 earlier this year. It will enable users to play Xbox games across multiple devices.

The service will allow people to play console-level games on devices that are not powerful enough to run them. Project xCloud will be powered by Microsoft’s Azure cloud technology where all of the heavy lifting will be done. The video will then be delivered from the cloud to the devices, enabling smartphone owners to play games like Halo and Red Dead Redemption.

Microsoft is aiming to provide a gaming experience on mobile devices that’s similar to what players get on the Xbox One console and PCs. It’s working to minimize lag since that’s key to a good gaming experience. Microsoft xCloud will enable players to hook up an Xbox Wireless Controller to their smartphone Bluetooth. The company has also been able to translate Xbox controls to mobile for touch-based control.

“We’re going to create a future where the hundreds of millions of people who are holding a Samsung device are also holding a gateway to a high-powered gaming experience,” said Sarah Bond, Head of Global Gaming Partnerships and Development at Microsoft.

Microsoft hasn’t provided a lot of details about Project xCloud. It has previously said that the service will enter public beta next year. The launch and pricing details are as yet unknown. It’s also safe to say that while Microsoft highlighted Project xCloud’s potential for mobile devices at Samsung’s event, the service will also be available on smartphones from other manufacturers.

The Samsung One UI is official today. Samsung is basically reinventing the wheel with this new user experience for smartphones. It will change the way we interact with devices that have large displays. The idea is to help users focus on what really matters. Samsung wants hardware and software to work together in harmony so […]

Samsung details the idea behind its foldable Infinity Flex display

Hole, notch, and no notch: Samsung phones may have it all

Samsung isn’t going to stay away from the notch after all, or at least that’s what the company has implied at its developer conference today. Samsung revealed onstage that it has a number of Infinity displays in the works, and two of them will have a small notch in the center. One of those will […]