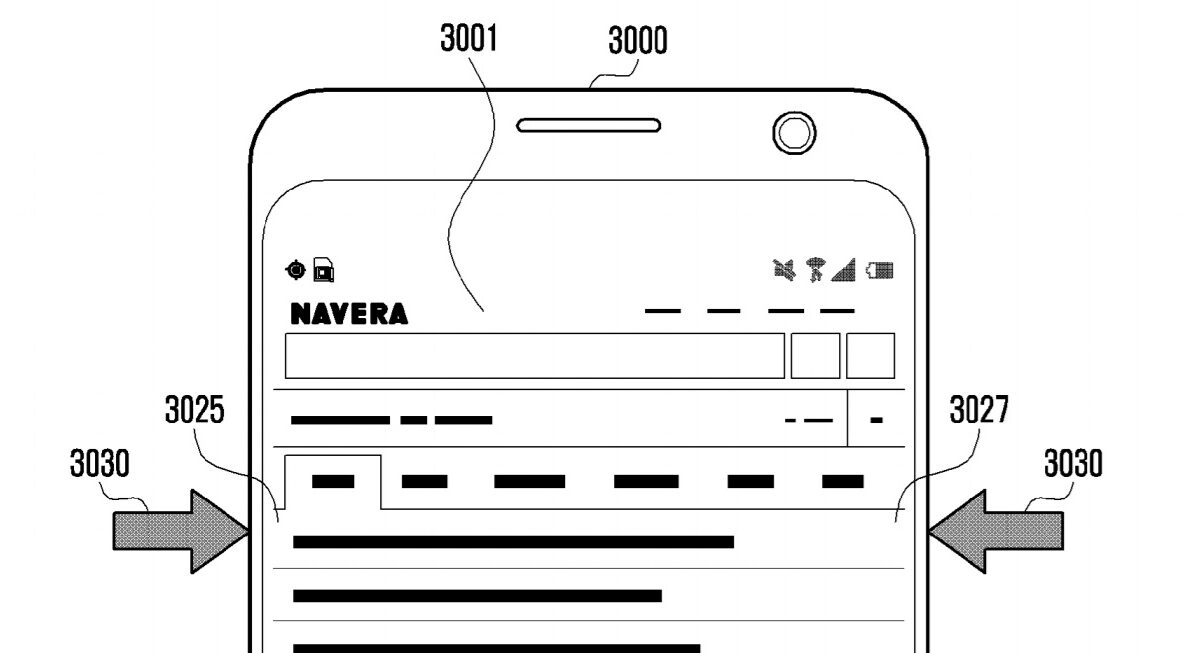 A patent application published today shows Samsung may have more aces up its sleeve regarding a phone UX with a pressure sensitive display. We see new virtual keys, and the possibility to squeeze your Galaxy.

Back in April 2017, Samsung filed a patent application in South Korea, titled Electronic Device And Method Of Controlling the Electronic Device Based On Touch Input. The patent describes several implementations of pressure sensitive virtual keys. One of them we are already familiar with, as the company has used it in devices like the Galaxy S8 and S9: the virtual, pressure sensitive home key.

Samsung describes how different levels of pressure trigger different actions. This is how, for example, the Galaxy S9 knows whether you are tapping a key in an app, or if you want to return to the home screen. So far, that is nothing new. However, the patent goes on to outline several more ways to employ the same technique.

For example, by measuring pressure on both edges of a display, a squeeze can be detected. Squeeze hard enough, and you can switch the display off, for example. Now, we’ve seen HTC’s squeezable U11, but Samsung does not make the frame squeezable – only the screen. We’re assuming the bent dual-edge display on Samsung’s flagship devices would make this work.

Also included in the application is a description of a pressure sensitive power key. It functions just like the virtual home key and provides different functions. Depending on how hard you press, the display switches off, the phone reboots, or an emergency mode is triggered. With the application of pressure, an indicator on the screen shows the user which action will be triggered.

It’s not hard to image all kinds of implementations of the same concept: volume keys, or completely new virtual buttons that sit on the curved edge of the display, waiting to be pressed, not merely touched.

Of course, there is no way to know if and when we’ll be seeing any of these ideas in future Galaxy phones. After all, the virtual home key already is in use, and Samsung could have concluded it is the only truly useful implementation. But in a world of ever-shrinking bezels and growing screen-to-body ratios, Samsung still has a few UX tricks up its sleeve, as this patent application shows.