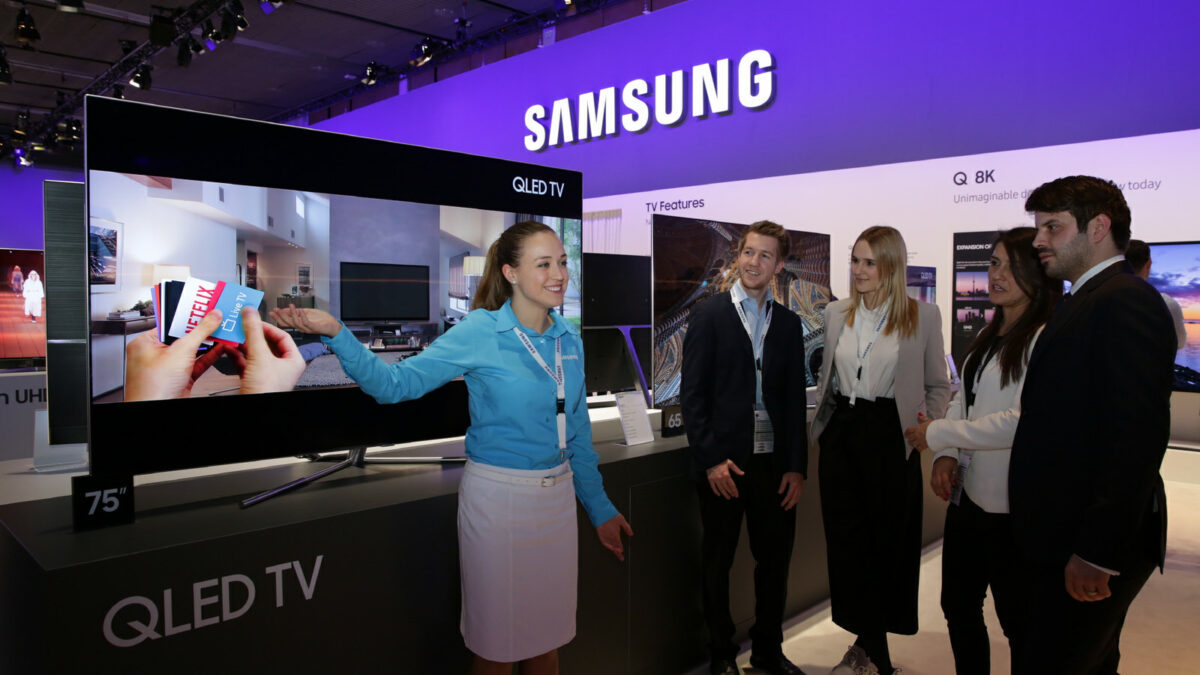 If you’re waiting for Samsung to launch an OLED TV, you might have to keep waiting. The company has said that it doesn’t think that OLED displays are suitable for TVs. That’s not something that its rival LG agrees with as it continues to churn out great OLED TVs.

Samsung launched its QLED TVs earlier this year and positioned them as an alternative to OLED TVs. The two technologies are completely different. Samsung claims that the performance of QLED panels is better than OLED panels.

Samsung says that OLED displays are good for devices that have shorter life expectancies such as smartphones. That’s because OLED panels have screen burn-in or image retention issues. It says that the case is different for TVs and monitor that are normally used for longer periods.

Comparing OLED panels with fruit juice that oxidizes with time, Samsung said that “The reason OLED TVs have image retentions is because they are made of organic materials.” That’s not a comparison you hear often.

We’ve already discussed Samsung’s aversion to OLED TVs in great detail. This statement from the company makes it seem like it’s not changing its stance on OLED TVs anytime soon.