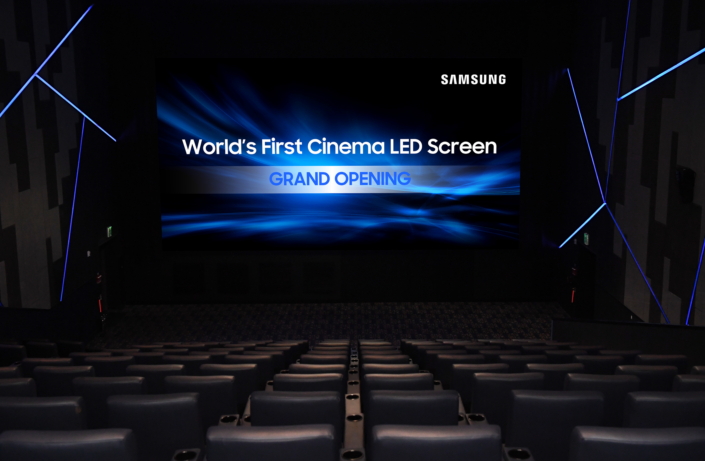 Samsung will install a 10.3-meter-wide 4K Cinema LED Display at the Siam Paragon Cineplex in Bangkok, as part of an overseas supply deal it recently signed with Thai movie theater chain Major Cineplex. It will open in February next year.

Unveiled back in South Korea back in July, Samsung’s Cinema LED Display is an HDR-compatible theater screen that employs next-generation picture quality and enhanced audio to provide the best possible viewing experience.

“Through sharper and more realistic colors, complementary audio and an elevated presentation, our Cinema LED Screen makes viewers feel as if they are part of the picture,” said HS Kim, President of Visual Display Business at Samsung Electronics.

Will Samsung launch its Cinema LED Display in more countries?

It’s unclear whether Samsung is working with other chains to bring its Cinema LED Display to more regions, but seeing as Major Cineplex has 110 cinemas and 668 theaters in Thailand, it may not even need to branch out to make a considerable profit.

That said, like any company, Samsung is looking to make as much money as it possibly can, so we’ll probably see its 4K Cinema LED Display pop up in additional cities in the coming months. Hopefully an expansion to London is on the cards.

Samsung has announced that its Onyx Cinema LED screen has made its entry to the Australian market through its partnership with HOYTS Cinemas. The first such screen has been installed at HOYTS Entertainment Quarter in Moore Park, Sydney. More more Onyx screen will be installed at HOYTS Highpoint in Melbourne, Australia, sometime next month. HOYTS has more […]

Samsung has installed one more Onyx Cinema LED screen in Malaysia, the fourth in the country. The latest one has been installed in TGV Cinemas at the new Central i-City shopping mall in Shah Alam. It is a 14 meter Onyx screen, the largest in the world. First unveiled in South Korea in July 2017, Samsung’s revolutionary cinema […]

Samsung has been pitching the Onyx Cinema LED screens to replace the old projection screens in theatres around the world. First unveiled in South Korea in July last year, these new generation theatre screens have gradually made their way into select theatres in the US, Germany, Austria, Switzerland, Thailand, China, India, and other markets. Continuing its […]