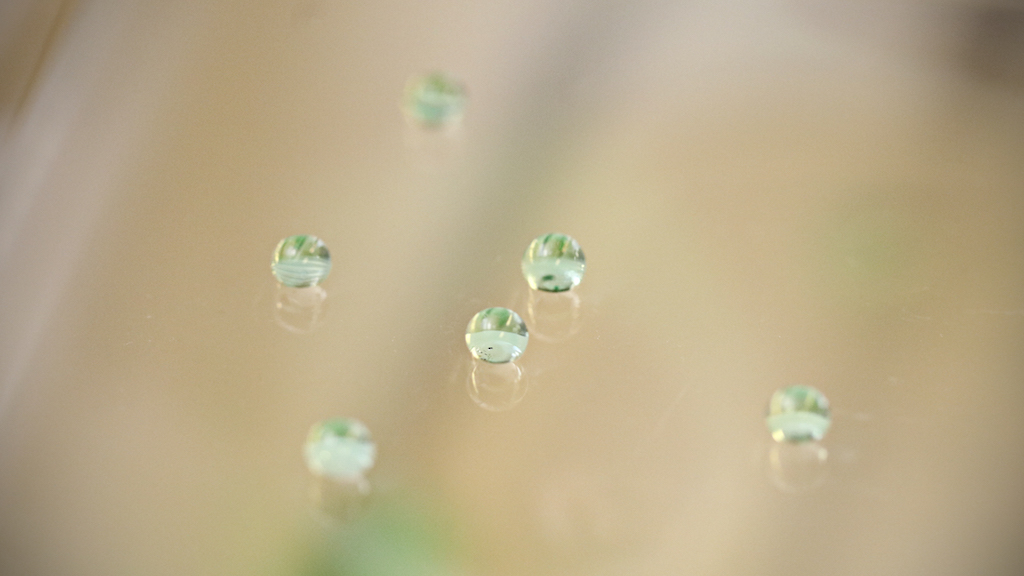 The US Department of Energy’s Oak Ridge National Laboratory has announced today that Samsung has exclusively licensed its optically clear superhydrophobic film technology which it’s going to use to improve the performance of glass displays on its smartphones, tablets, and other devices. ORNL has developed a transparent coating which repels water that carries away dust and dirt. The coating also reduces light reflection and resists fingerprints, it was developed after three years of superhydrophobic research on glass-based coatings.

Water will literally bounce off the display of a device which features this coating. A surface is said to be superhydrophobic if it has a water droplet contact angle of more than 150 degrees. ORNL’s coating has a contact angle between 155 and 165 degrees which means that water basically bounces off of it and takes dust particles with it. This superhydrophobic technology was developed by depositing a thin glass film on a glass surface and then heating the coated glass to turn the surface into two material compositions. A selective etching process is then used to produce a porous three-dimensional network of high-silica content glass which is pivotal for the antireflective and the hydrophobic properties of this coating.

Samsung already makes water resistant phones so hydrophobic displays align nicely with that capability of its high-end devices. It’s unclear when we’ll start to see this coating on Samsung’s mobile devices, the company itself hasn’t detailed any plans as yet.