Who is: Yvan Arpa and Arik Levy and what do they have to do with the Gear S3? 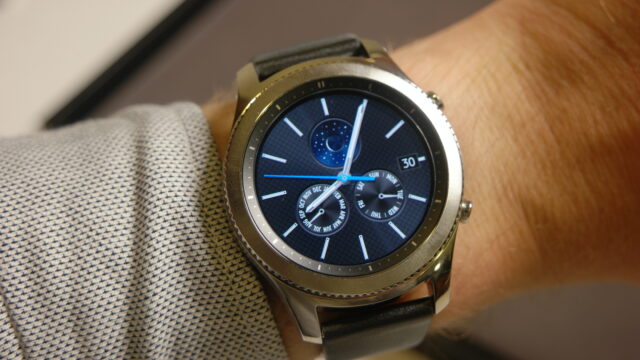 Yvan Arpa is a Switzerland-based luxury watch designer who started out in the watch industry as an executive for Sector Sport Watches where he launched the No Limit concept. He later joined the Richemont Group for Swiss brand Baume & Mercier. He also has stints at Hublot and Romain Jerome. It goes without saying that Arpa is a man who knows his way around the Swiss watch industry. He has since launched his own company called Luxury Artpieces.

He was involved in the Gear S3 design process and says that “With the Gear S3, we sought to integrate tradition and technology, bringing to the forefront an immensely intelligent smartwatch. The large watch face was inspired by styles emerging from the world’s most premium watch brands. A classic timepiece combined with the latest innovations in technology, the Gear S3 is bound to withstand the test of time.”

Last year, Samsung partnered with renowned Italian designer Alessandro Mendini to create exclusive bands for the Gear S2 and later teamed up with many designers and brands to offer even more variety. This year it’s kicking things off with a special partnership with famous artist and industrial designer Arik Levy. Samsung will launch artistic watch faces and strap designs in collaboration with Levy. The artist is best known for his sculptures, unique installations and limited-edition designs which stem from his belief that “the world is about people, not objects.”

“It was interesting and fun to collaborate with Samsung on creating unique and evolving watch face concepts and watch bands for the Gear S3. Inspired by my artwork, installations and sculptures, we created features that not only technology-savvy consumers will love but also those who place a high value on art, design, freedom of the mind and aesthetics,” Levy said. Watch faces and bands designed by Arik Levy will be launched later this year through select channels.