Galaxy J7 (2016) will have a Snapdragon variant, too, Geekbench shows 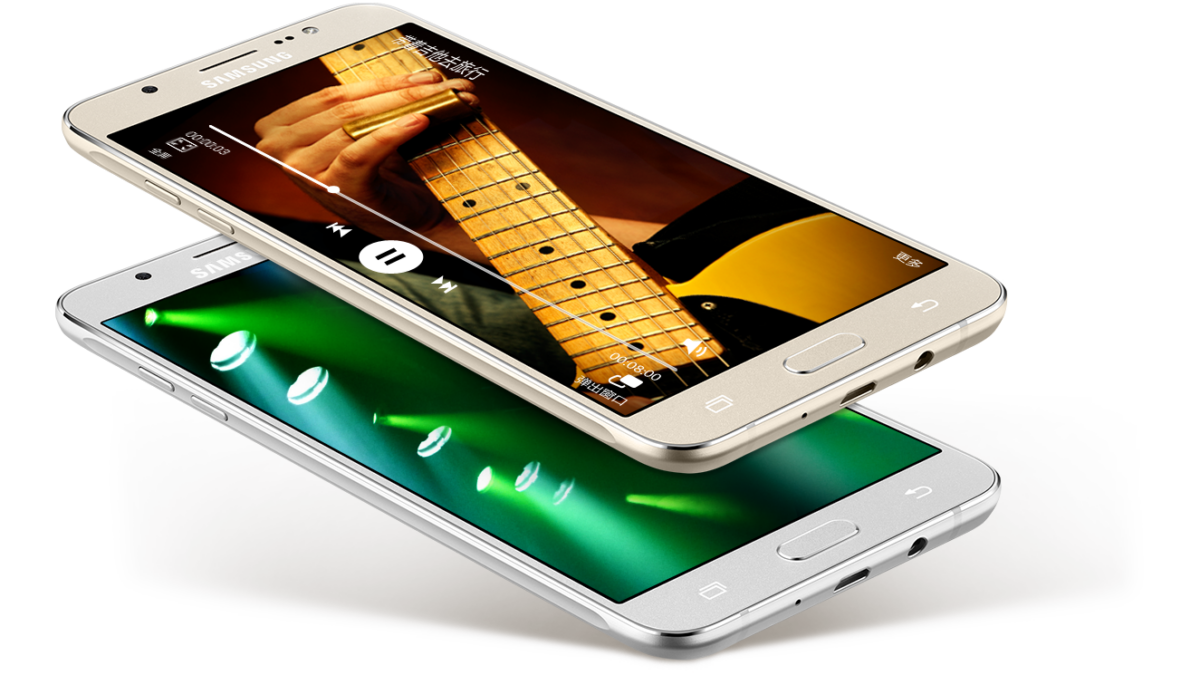 We’ve been tracking the Galaxy J7 (2016) for some time, from the first time the device appeared in benchmark scoring, to confirmation of its Exynos 7870 processor, Bluetooth certification, and its manual that showcased the device’s metal frame, all the way up until the official announcement this week that matched previous rumors and leaks.

At one point, prior to the confirmation of the Exynos 7870 processor for the device, some evidence surfaced pointing to a Qualcomm Snapdragon 620 processor, but this was later debunked.

Or so it was believed.

Now, Geekbench is showing a Galaxy J7 (2016), with model number SM-J7109, bearing what is believed to be a Qualcomm Snapdragon 617 processor. The processor shows a speed of 1.52Ghz and is from Qualcomm with a model number of MSM8952 – which indicates it is an update to the Snapdragon 615 processor. Interestingly enough, the device appears with 3GB of RAM in Geekbench, matching an earlier leak.

The Snapdragon processor here hints to the idea that the Galaxy J7 (2016) will likely see an entrance into other countries outside of China (which got the J7 this week). While the processor will change, interested buyers should know that you’re looking at the same specs as the Exynos variant: a 5.5-inch display with a Full HD resolution of 1920 x 1080p, 16GB of storage with a microSD card slot for expandable storage, 3GB of RAM, 5MP front camera with LED flash, 13MP back camera, and a 3,300mAh battery, along with NFC and Samsung Pay support (with the latter dependent on whether your market has the company’s payment service).

What say you, Samsung faithful? Would you like to see the Galaxy J7 make it to countries outside of China? 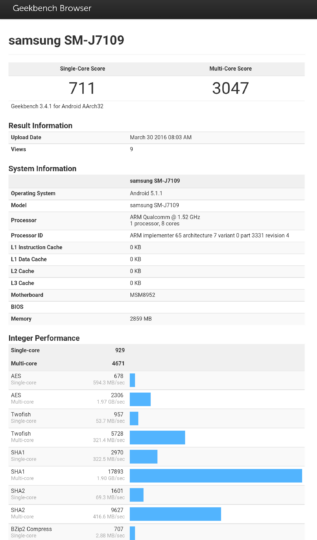