A couple of pictures have been leaked online today of what’s claimed to be the display panel and the front camera of the Galaxy S7. Now it’s not unusual for us to see leaks prior to the launch of an upcoming flagship series however that doesn’t necessarily mean the leak is actually true. It’s always best to take such rumors and leaks with a healthy dose of salt.

One leaked picture shows an array of front camera modules for model SM-G930F, going by Samsung’s naming convention this model number will represent the Galaxy S7, with the only major visible difference being the camera connector that’s offset to the left slightly as opposed to the connector on the Galaxy S6 which was dead center. It’s claimed that the second leaked photo shows us the Galaxy S7 in all its glory, pointing out that it’s a camouflaged unit for developers so that they can run tests on the handset without being able to see or leak the design. Since the top logo on the display panel is covered with a sticker you can’t see Samsung imprinted up top but the home button and capacitive keys do lend it that familiar Samsung look, even though the bezels appear to be too big on this display panel, perhaps that’s one of the tweaks that the company has made to keep the actual design hidden until it’s ready to formally unveil the Galaxy S7.

Samsung is expected to unveil the Galaxy S7 on February 21, 2016, and according to a recent rumor, it might release the new flagship in the United States and perhaps some other countries as well by March 11. 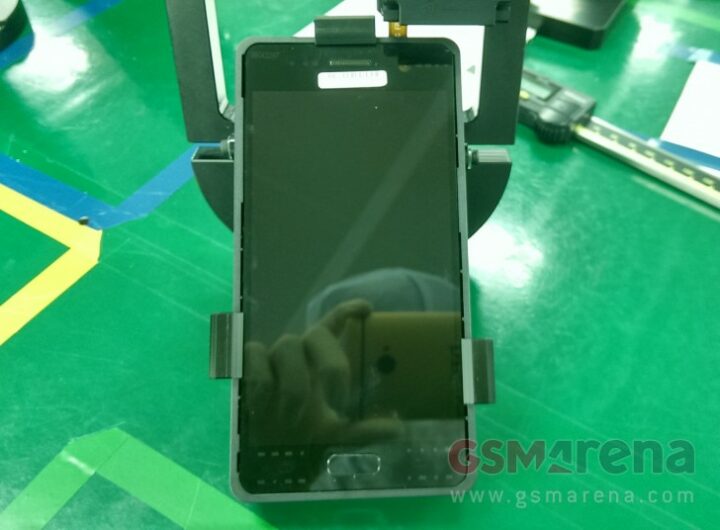