A patent application made by Samsung has recently been published by the US Patent and Trademark Office revealing the company’s plans for a new “smart ring” accessory which may be used to control certain features on smartphones and smart TVs, the ring may also be used to control home automation systems. One of the illustrations in the patent shows a smartphone recognizing the ring and displaying a menu which corresponds to functions set in the recognized ring as well as relevant icons related to those functions which can be controlled by the ring. The menu may include icons for a TV, radio, the blinds, living room lights and other connected devices in a smart home.

It’s also mentioned in the patent that Samsung is working on having this smart ring accessory work with social networks like Facebook to offer unique functionality, certainly making it a truly unique wearable device. Companies like Apple, Microsoft and Google all have patents related to smart rings so it’s no surprise that Samsung is among them as well. The company has already introduced a rotating bezel ring with the Gear S2 which is instrumental in controlling several of the new smartwatch’s features, it can thus make a case for a ring that performs functions based on its clockwise or counterclockwise rotation. 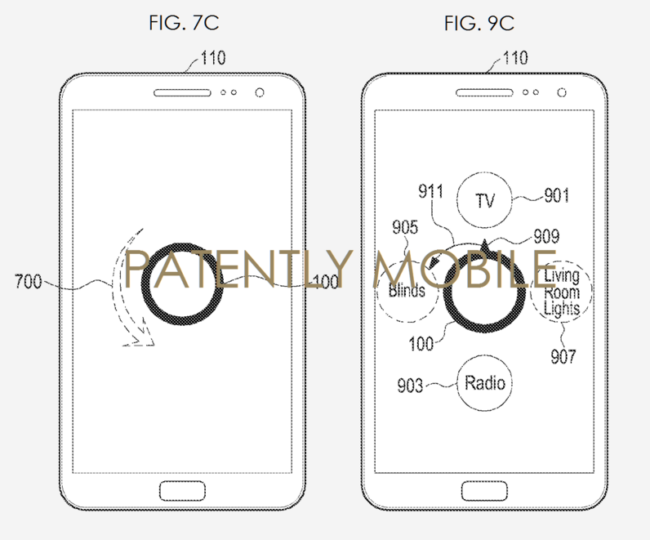