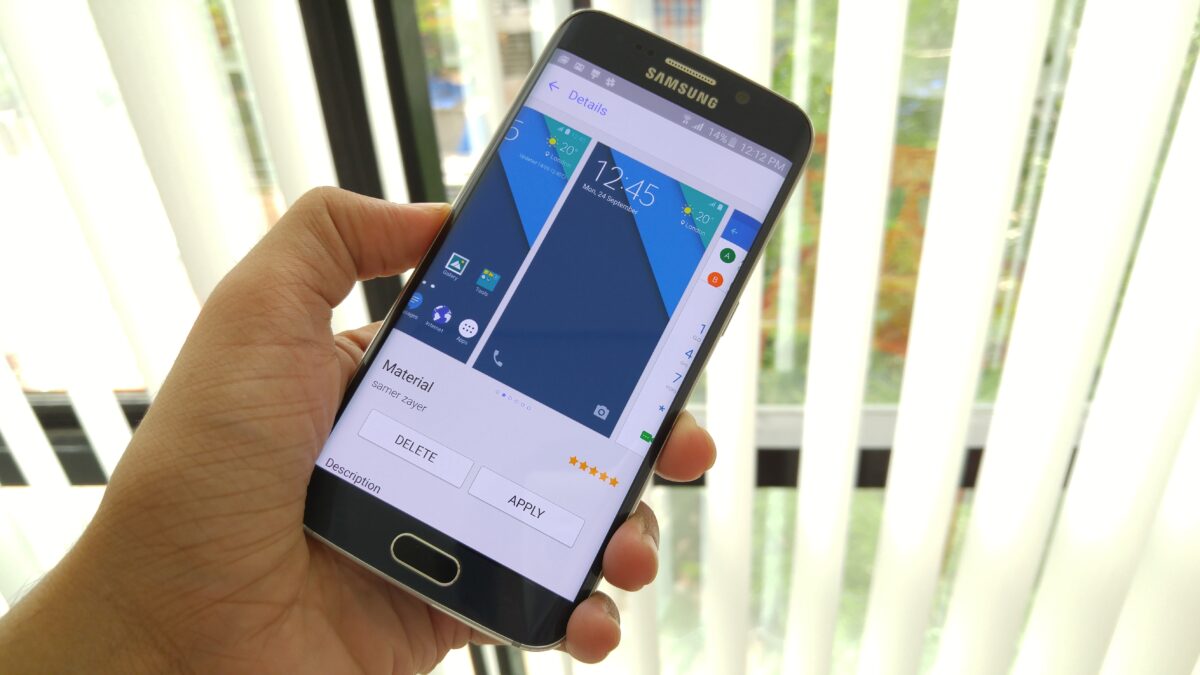 This theme is designed by Samer Zayer, and it is available in the Theme Store under the ‘Themes for Man’ collection. As we noted in its early preview yesterday, the icons are not completely stock. According to us, it is one of the best themes available right now. Let us know how you liked it.

On a separate note, those two stock Android themes that we reported about last week have still not been released.

Update: Cambunch, the designer of those two stock Android themes, has explained the whole situation on the XDA Forums. According to him, two of his stock Android inspired Material themes were suspended by Samsung just a few days after approving them. The reason behind that being the presence of wallpaper and icons in the theme that are copyrighted by Google, even though the icon pack is released under Creative Commons 3.0 license.

Since then, the designer has replaced the wallpaper with one of his own wallpaper, and re-sent the updated theme to Samsung citing that the icon pack can be used by others under the Creative Commons 3.0 license. Those themes will now have to undergo the certification process once again before being approved. There is also a probability of those two themes not getting approved by Samsung since they look quite similar to Samer Zayer’s theme that was released today.

Cambunch also expects his Dark Material theme to be released in the Theme Store next week.