It looks like Samsung is having a hard time with their first metal-clad mid-range smartphones. Last week, we reported that Samsung delayed the launch of the Galaxy A3 and the Galaxy A5 due to low production yields while manufacturing metal casings for them. Now, Hi-Tech.Mail.ru has learnt from their review, that these metal devices are facing cellular signal strength issues. When compared to the Galaxy S5, which was receiving a fairly strong cellular signal at -82 dBm, the Galaxy A3 and the Galaxy A5 received relatively weaker signal strength at -92 dBm ad -93 dBm respectively. If the signal drops by another 10 dBm, the devices would face constantly dropping data connection. The reviewer tested this with the same SIM card in all three devices, and at the same location. 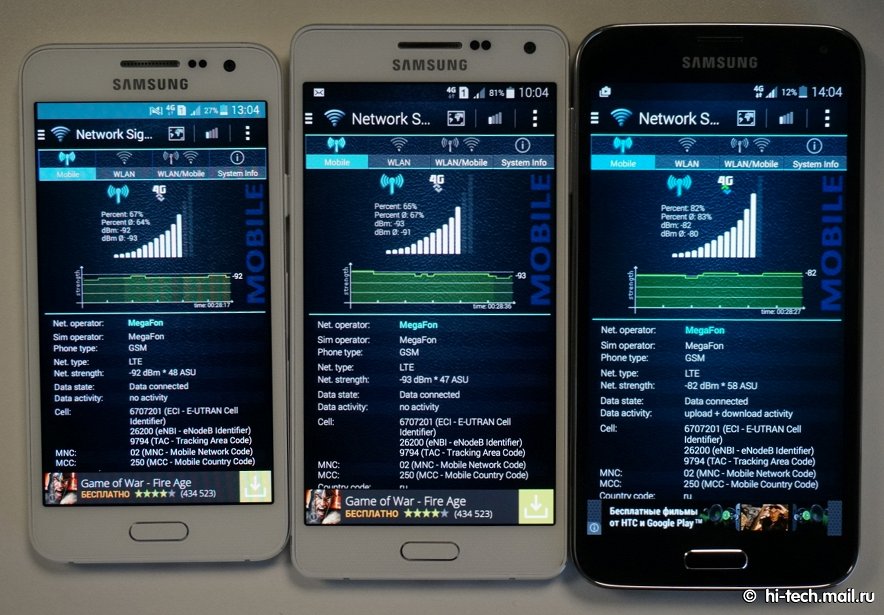