The Galaxy Note 4 might be the Samsung device making the headlines around the world, but the Galaxy S5 is still the Korean manufacturer’s primary flagship smartphone until the Galaxy Note 4 goes on sale. According to Samsung, the Galaxy S5 is doing pretty well, at least in Germany – the company has announced that it has sold 1 million units of the S5 in the country. That’s actual units put in the hands of consumers, instead of the total number of units shipped to retailers, and the millionth customer was awarded a €500 voucher.

The Galaxy S5 got off to a good start upon launch, even if it didn’t attract as much attention as the Galaxy S4. Samsung managed to ship 10 million units with 10 days of the S5’s release, and the 1 million sales milestone in a market like Germany should be good news for the company, especially at the time when Apple’s new 4.7-inch and 5.5-inch iPhones have been launched. 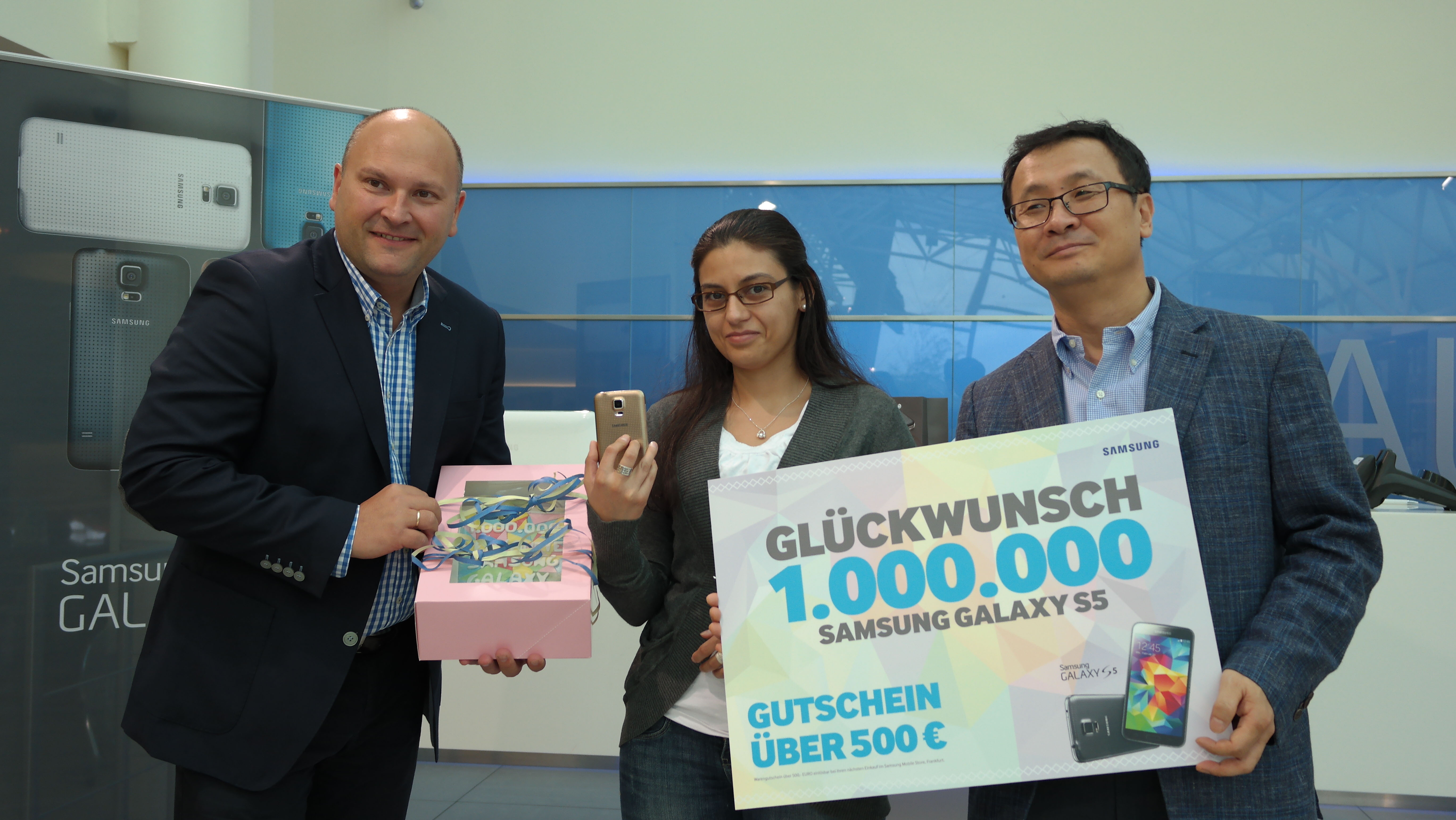