Being the first metallic Galaxy device, it’s no surprise that Samsung has been very keen to show off the Galaxy Alpha every chance it gets, with the phone getting the most attention from the media over at IFA. Well, it turns out Samsung also has the retail box of the Galaxy Alpha on display, an image of which we were able to capture. As you can see, the box is different from the retail packaging we’ve seen on other Samsung devices – the company has put a dimpled texture on the front of the box, matching the material on the back of the Galaxy Alpha (or the Galaxy S5), and has done away with the wooden look that we’ve seen on the packaging for recent Samsung devices.

Of course, the phone itself is much more important in the grand scheme of things, but it’s interesting to see how Samsung is taking a whole new design direction with everything related to the Galaxy Alpha, which is the first in the company’s new A series of smartphones. Hopefully, Samsung will continue iterating on its design in the future – the Galaxy Alpha is one of the most stunning phones the Korean manufacturer has produced, and we hope it’s only the start of something great for Samsung’s smartphone lineup. 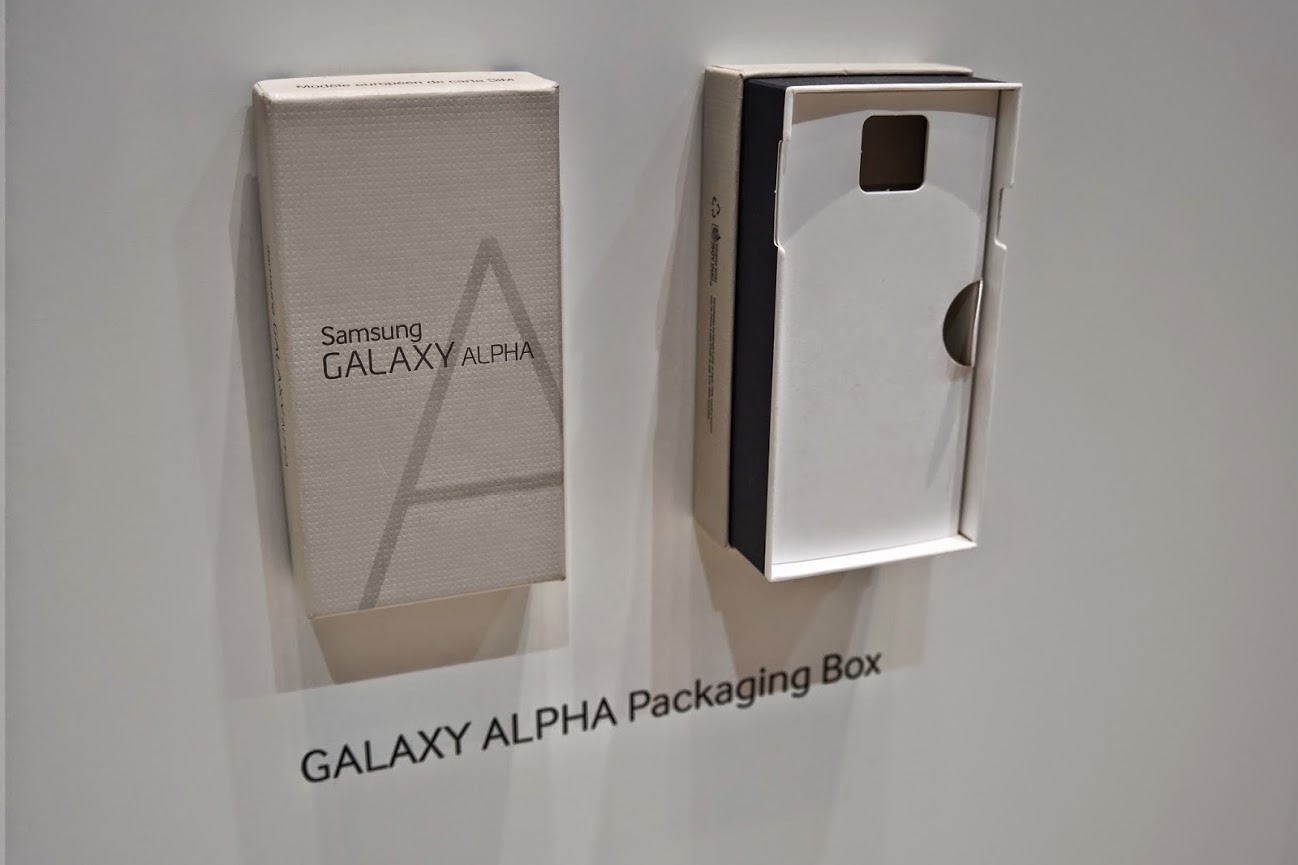