Samsung has already warned analysts about an impending decline in profits in the second quarter this year, and now market research firm IDC has revealed that Samsung’s smartphone shipments took a considerable hit during the same period. According to IDC’s data, Samsung’s Q2 market share saw a year-on-year decrease from 32.3 in Q2 last year to 25.2 percent – Samsung still leads other OEMs in shipment volume, but the reduced market share is a telling sign that the company’s phone sales are starting to suffer, mainly in the low and mid-range segment due to Chinese manufacturers offering better value at rock bottom prices.

Samsung is no doubt expecting to bounce back in the coming months with devices like the Galaxy Note 4 and the new Galaxy Alpha lineup, but it remains to be seen just how much change those will bring. As recent trends have shown, growth in the smartphone market is to be had mostly in the budget and mid-range segment, and unless Samsung can come up with more feature-packed devices at attractive prices, the next few quarters might see the company’s market share continue to decline. 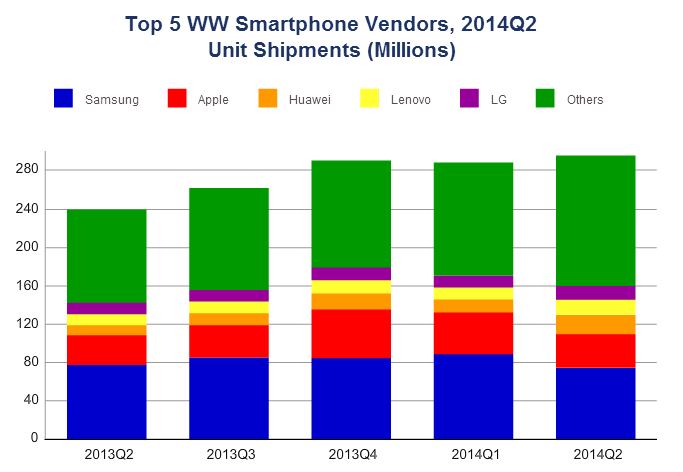