According to Kantar Worldpanel ComTech‘s data for the three months of March, April, and May 2014, regions across the world saw iOS and Android exchange market share. Within the five largest European markets – UK, Germany, France, Italy, and Spain – Android sales share reached a new high at 73.3%, whereas Apple’s dropped to 16.6%. In the US, these numbers were 61.9% for Android and 32.5% for Apple, that being its lowest since the iPhone 4S was launched in 2011. Staying within the US, Samsung alone had 36.8% of all sales to best Apple’s 32.5%; much of which could be attributed to the Galaxy S5.

ComTech’s data states that 26% of British citizens who purchased a Galaxy S5 were switching from an iPhone. That percentage shows a significant increase over the 12% transition rate for the same period in 2013. Across Europe, the relative number of people switching from an Apple device to the Galaxy S5 was 17%; and was even lower in the US at only 8%. The increased amount of Apple services in the US makes for an intimidatingly large ecosystem, and as such the high brand loyalty leads to the low amount of individuals making the switch to Samsung.

The Galaxy S5 officially went on sale April 11th and as a result is absent from the earlier half of the data. It would be safe to assume then that the numbers might be even more in favor of Samsung at the conclusion of the next quarter, especially when factoring in Samsung’s recent price decreases. At the same time, historically the third quarter is smallest due to the masses awaiting the announcement of Apple’s newest devices, so really it is possible that the sales volumes and shares will remain largely unchanged.

Explanations for Apple’s slipping share and Samsung’s growing share can be founded in an infinite number of reasons, but analysts speculate that the two most likely scenarios are that iPhone owners grew tired of their small screens and decided not to wait another half a year, and also that Samsung’s marketing campaign for the Galaxy S5 (as well as its Gear devices) was incredibly successful; at least as far as convincing some amount of Apple customers to switch.

The consensus is that the success of the Galaxy S5 has not been dramatically better than its predecessor – the S4 – as was expected. With earnings being announced in the next few weeks, Samsung’s strategy for the S5, the S5 Mini, the Note 4, and the competition will be highly scrutinized. 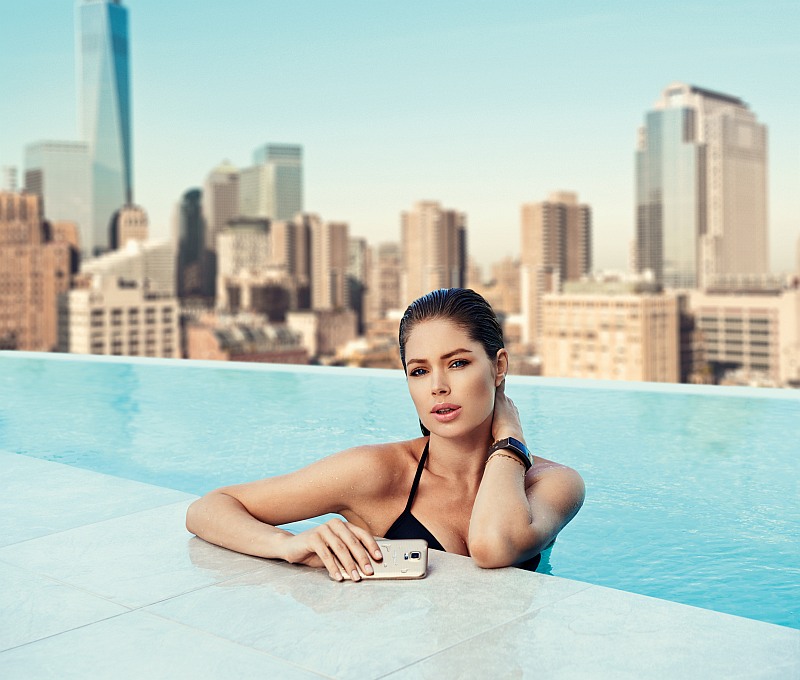