Samsung is known to release a plethora of variants of its flagship devices, especially the Galaxy S series, simply because it wants a product in every category and price range. After the launch of the Galaxy S5, the rumour mill shifted its focus towards the usual Zoom, Active and Mini variants. Samsung made the Galaxy K Zoom, formally known as Galaxy S5 Zoom, official on April 29, and launched the Galaxy S5 Active today on AT&T. The only variant left to be introduced is the Galaxy S5 Mini. There have been numerous rumours surrounding the Galaxy S5 Mini, but never something authentic has shown up. However, today, a few pictures and complete specifications of the upcoming Galaxy S5 Mini was sent to SamMobile by an anonymous tipster.

According to the pictures, it looks like the Galaxy S5 Mini sports exactly the same design as the Galaxy S5, with the same rounded corners and perforated pattern on the back panel. It also looks like that Samsung has not compromised on core features and has kept the fingerprint scanner and the heart-rate sensor, both which are unique to the Galaxy S5. There’s a rubber gasket attached to the inside of the back cover, which hints towards the device being water-resistant. However, unlike the Galaxy S5, there is no flap covering the USB port, so we are not sure if the device is indeed IP67 certified.

On the software side of things, the device runs on Android 4.4.2 KitKat with Samsung’s latest TouchWiz UI interface layer on top of it. Tipster also mentions that all the Galaxy S5’s software features are present on the Mini, including: Ultra Power Saving Mode, Private Mode, Kids Mode etc.. 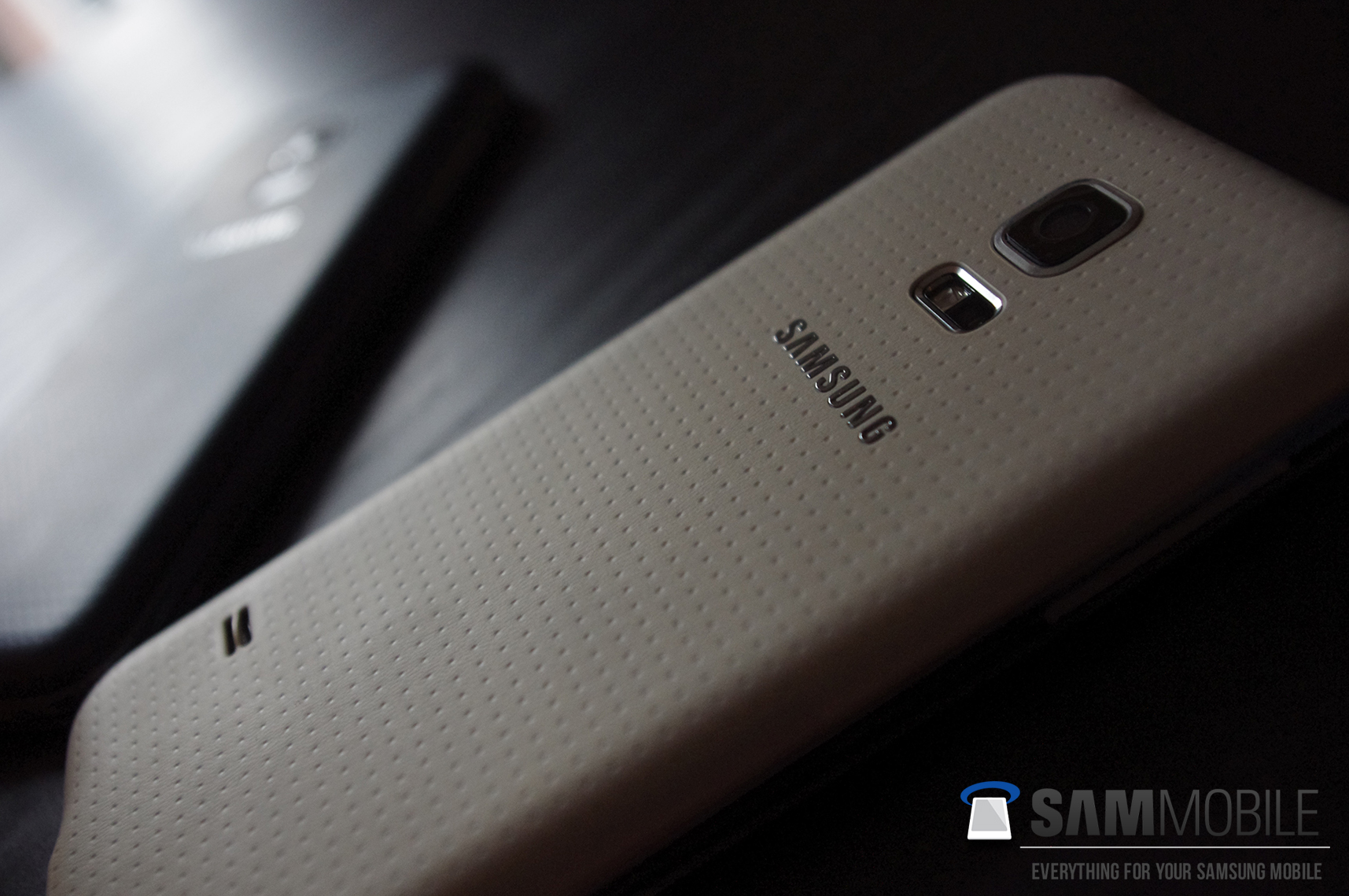