Samsung is preparing to launch a new line of premium headphones for phones and tablets, according to a sales guide image obtained by SamMobile. The headphones – both in-ear and on-ear models – will come in  wired and wireless flavors, with support for launching the S Voice app on connected headphones and tablets for voice actions. Prices will start from $349 for the top model, which will have features like remote control, noise cancellation and equalizer, and each model will also come with accessories such as an airplane plug adapter for use in, well, airplanes.

The steep prices suggest we’ll get quality sound from each of these headphones, though we won’t exactly know just how good they are before trying them out. It’s unclear when Samsung will make these available for sale, but if we were to hazard a guess, we’ll probably see them launch alongside the Galaxy S5 or soon after. 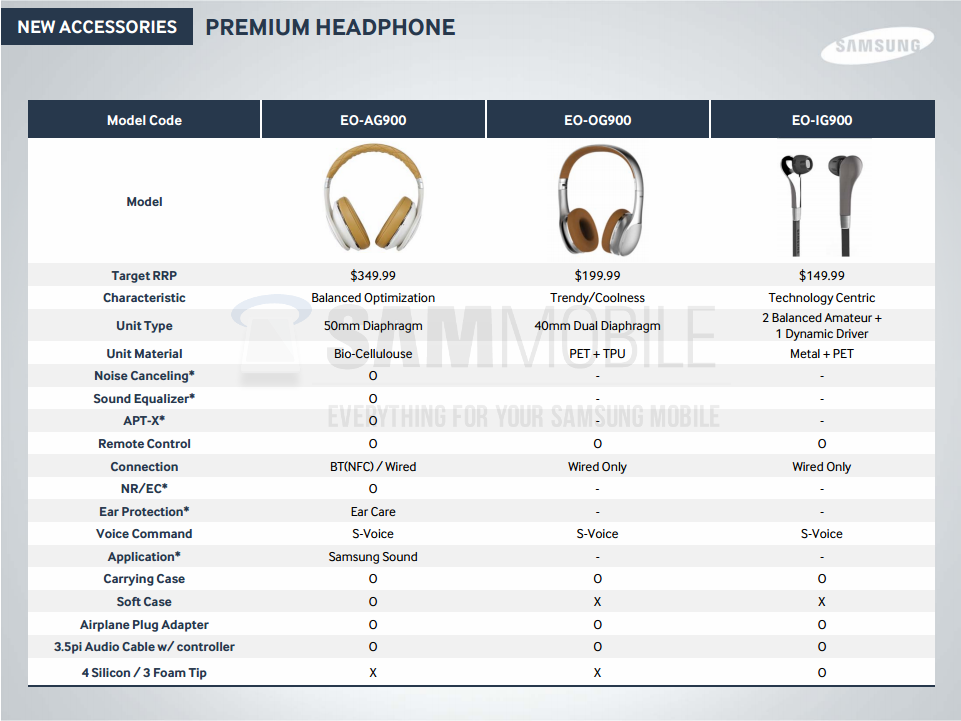