The rumor mill started weeks and even months before the Unpacked event invitations were sent out by Samsung. If you read all those rumors, it was clear that the successor of the GALAXY S4 would be packed with some state-of-the-art hardware, like a 64-bit Exynos processor, iris or fingerprint scanner, water and dust resistance, an AMOLED display with 2K (2560 x 1440) resolution, 16-megapixel camera with optical image stabilization, with all of this inside a thin and lightweight full metal enclosure. The phone would be running the latest version of Android, which is 4.4.2 KitKat, with an improved version of TouchWiz and a flatter design.

Now, almost a week after the Unpacked 5 event, it turns out that some of the rumors were true while others weren’t. However, I have to mention that companies like Samsung are always testing out many things for their new flagship devices, and there may be a chance that we will see some of these hardware features in future products.

Lets start with the things that didn’t make in it into the GALAXY S5, like the 64-bit Exynos processor, iris scanner, AMOLED display with 2K (2560 x 1440) resolution, and a metallic construction.

The reason why these things are not in the GALAXY S5 remains unclear. We can only guess that Samsung couldn’t (yet) implement these features in a proper manner, or they’re simply holding them back for future products. Most people from the tech industry seem to be disappointed because the GALAXY S5 still has a plastic back cover instead of a metal enclosure and that it looks almost the same like the GALAXY S4. That the GALAXY S5 looks a lot like it’s predecessor is not necessarily a bad thing, especially if you like the design language which goes back to the GALAXY S III.

Keep in mind that even for a company like Samsung, it’s a challenge to switch from plastic to metal for their flagship devices. There are many challenges they need to overcome to use metal for their flagship devices, like assuring that the network reception remains the same (or is improved further), or making sure that users still have the benefit of easily putting in a new battery when you need it. Another challenge is the complex production process, which can be a problem when you have to produce a phone with a new material on a larger scale. The only other manufacturer producing a single phone on a huge scale as Samsung is Apple – you might argue that Apple uses metal without issues, but it’s different for them since they’ve always used metal, meaning they don’t have to set up a new production line like Samsung will have to in order to make a metallic device.

Some of you may know that Samsung had made a phone with almost a full metal enclosure, which was the Wave 3 back in 2011. It was the second generation bada-powered flagship device, but it was never produced in massive numbers. If Samsung is going to use the same sort of metal construction for a GALAXY S device, then they’ll have to make sure they can produce millions of units in a short period of time. 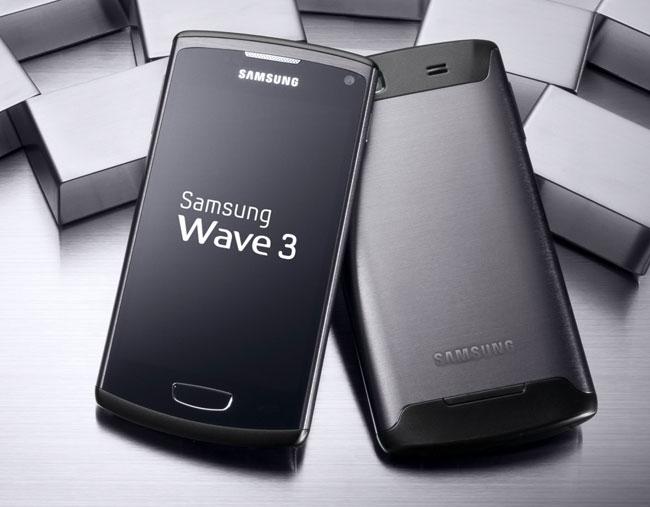 However, this is a good reason why it makes sense for Samsung to release a more advanced version of the GALAXY S5 later this year, with state-of-the-art hardware specifications and a metallic design, but in limited quantities. The standard GALAXY S5 will get the main attention from most people for whom it is a great device in line with previous flagships, while the more advanced GALAXY S5 would cater to those looking for top-of-the-line hardware specs inside a body that feels really premium and high-end. 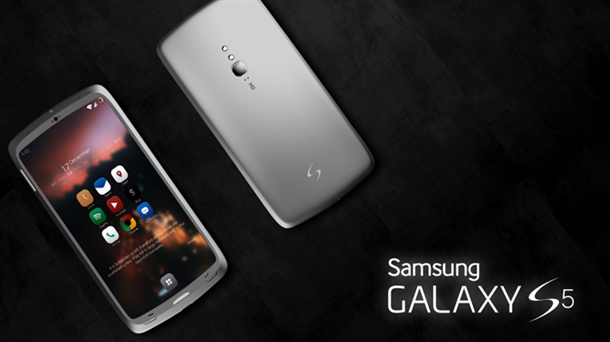 Besides the engineering and production challenges, there’s also the matter of market share. At the end of last year, there were some signs that Samsung will focus more on the mid to low-end market in 2014. The reason for this has to do with the fact that competitors like HTC and Motorola are targeting these markets for expanding their market share. If Samsung will position the GALAXY S5 in the mid / mid-to-high market with an aggressive price, they may have a good shot at succeeding in their strategy thanks to the strong brand name of the GALAXY S line, while a more premium version of the GALAXY S5 would give them a product to compete with in the high-end market.

Let us know what your thoughts are about a premium version of the GALAXY S5.