More than the Galaxy S5 or the two Gear 2 smartwatches, it was Samsung’s new health and fitness-focused Gear Fit that took everyone by surprise at the company’s Unpacked event at Mobile World Congress. As we said in our hands-on preview on the day of the announcement, it’s the most impressive of the new devices unveiled by the Korean manufacturer. The main attraction? The flexible OLED display that is awesome to look at, and is your window into the functionality and features offered by the device. 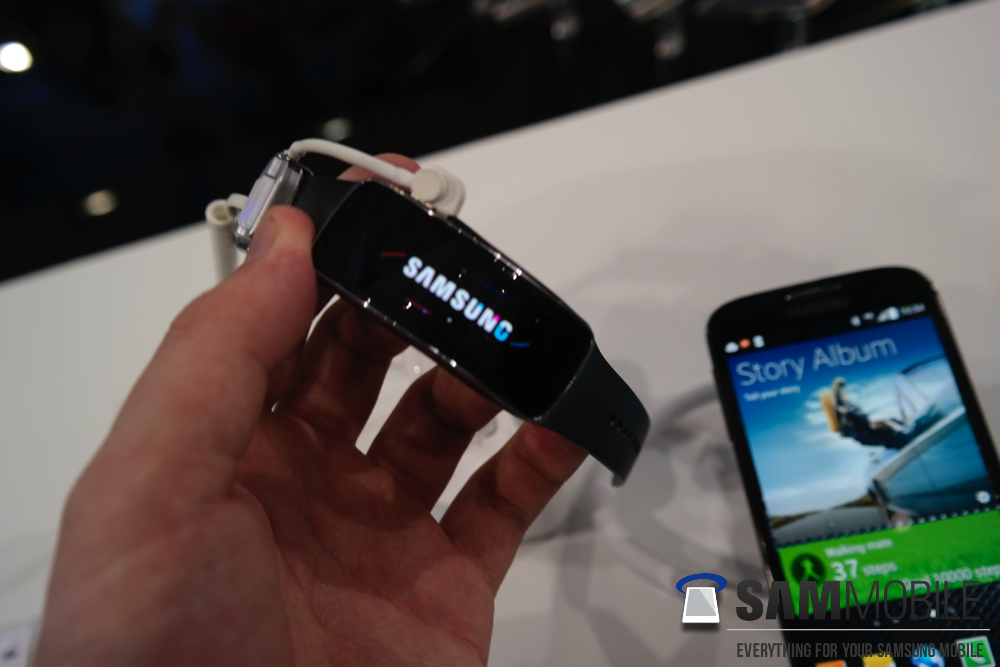 Samsung’s AMOLED displays are already the best in the business, but what makes it better on the Gear Fit is its curved nature – a curved display was one of the most sought-after features of the Galaxy Gear but one that never made it to the final product, making the Gear Fit the first of its kind in the mobile industry. Technical details include a size of 1.84-inches and a resolution of 432×128, but sensible folks understand that it’s never really about technical numbers – if you fall in that camp, you’ll simply love the Gear Fit’s display.

In terms of features, the Gear Fit is pretty similar to Samsung’s smartwatch, though the focus in fitness means it’s not exactly aimed at being a permanent companion to your smartphone. You can receive calls and notifications from your phone, use functions like a timer and stopwatch; and track your activities, including steps taken and your heart rate thanks to a dedicated heart rate sensor. Operating the interface is based on swipes – there’s no home button on the thing unlike the Gear 2, which isn’t exactly surprising considering the smaller dimensions of the Fit.

Like the Gear 2, the underlying operating system is Tizen instead of Android, and you can pair it up with around 20 of Samsung’s smartphones (provided they have been updated to Android 4.3), with battery life of around three to four days with typical usage. You get interchangeable straps as well, in black, orange and Mocha Grey colors, and swapping them out is as simple as separating the display and the strap with an effortless tug. 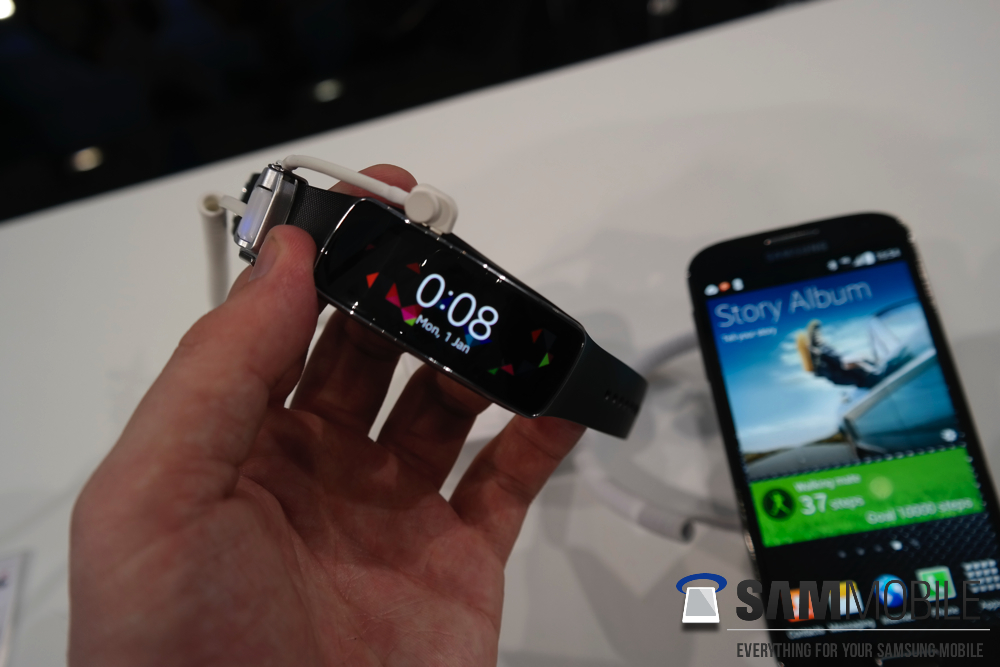 It’s too bad Samsung launched the Galaxy Gear before the Gear Fit, since the latter is the product that should have spearheaded Samsung’s entry into the smart wearables market. Not that it’s too late right now – there’s no other device that comes close to the beauty of the Fit or its functionality, especially for fitness freaks that want a dedicated device for keeping track of their health. The fact that only Samsung devices are compatible remains a limitation, but if you’re willing to look past that, the Gear Fit is a wearable that has no equal in the market.

A beautiful display, brilliant form factor, and useful features combine to make the Gear Fit one of the most innovative devices this year, and we’ll be waiting with bated breath to give it a more thorough look in our upcoming review.

Samsung just launched two new devices that we have been looking forward to for quite some time now, one of which is the Samsung Gear Fit 2, a new wearable fitness tracker which improves on the very robust original Gear Fit tracker. Many of you will be comparing specifications of the Gear Fit 2 vs Gear Fit, […]

It was only last week that images of the Gear Fit 2 fitness band and the Gear IconX Bluetooth earbuds were leaked online. Samsung released the original Gear Fit some two years ago so it’s about time that it came out with a successor. The images we saw last week came from an unofficial source but […]

Samsung already has a bunch of apps on iOS platform. Earlier this month, the firm had revealed its plans to bring iOS support for the Gear S2, but that’s not all. We’ve recently received information from our trusted insiders that Samsung is planning to bring most of its apps (if not all) to Apple’s iOS platform later […]

The holiday shopping season has much to offer to customers and retailers both, customers get great discounts while retailers get unprecedented sales, it’s a win-win for everybody. No wonder people start researching Black Friday deals in November as they gear up to get their holiday shopping done, there are plenty of deals to be had between November and […]

This week both Apple and Samsung announced their earnings for the third quarter, they broke down the numbers and highlighted spectacular performance of their smartphones, but we didn’t hear too much about smartwatches. Apple didn’t reveal how many Apple Watch units it sold in the previous quarter and Samsung didn’t expand on the performance of its wearable […]