Samsung to launch La Fleur editions of Galaxy S4, Galaxy Core and other handsets in 2014 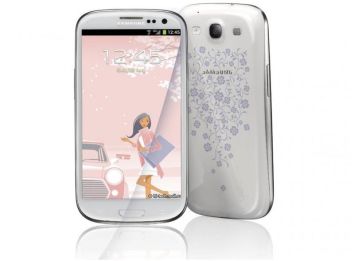 As we reach the end of this eventful year in tech, Samsung seems to be finding new ways to expand its smartphone and tablet lineup. There are Lite versions of many Samsung devices coming out next year, and now we’ve received word from our insider that our favorite Korean manufacturer will be expanding its smartphone lineup with La Fleur editions of the Galaxy S4, Galaxy Core, Galaxy Fame Lite, and the Galaxy Trend.

The Galaxy S4 La Fleur edition will be the first time Samsung will be giving the flowery design treatment to one of its flagships, and will come in red in week five of 2014. The Galaxy Fame Lite La Fleur and Galaxy Trend La Fleur editions will come in white and red and launch sometime in week two, while the Galaxy Core will be available in “Wine Red” from week three. The specs will remain the same as the standard variants for each device, though as always, keep in mind that the launch dates are not written in stone, so the actual launch dates may vary.

Here’s a bullet list of the release time frames and color options.