With Verizon being the only American carrier that loves locking the bootloader on every device they launch to make it hard for consumers to tinker as they please, developer editions of the carrier’s devices are often eagerly awaited by the modding community. Back in June, Verizon and Samsung launched the Galaxy S4 Developer Edition, and now a Galaxy Note 3 Developer Edition might be on its way as well.

Entering the Note 3’s model number on Samsung’s U.S. site brings up mention of a “Samsung Galaxy Note® 3 (Verizon) Developer Edition | SM-N900VMKEVZW“, which is as good a hint as any that the device exists, though it’s unknown when it will be launched. For those unaware, developer edition variants are the same as the standard device in every way, but come with an unlocked bootloader, making it easy to root and flash custom software on the device. As always, expect to pay full price for the developer edition, as these typically don’t come with a contract.

Anyone looking forward to the Galaxy Note 3 Developer Edition from Verizon? 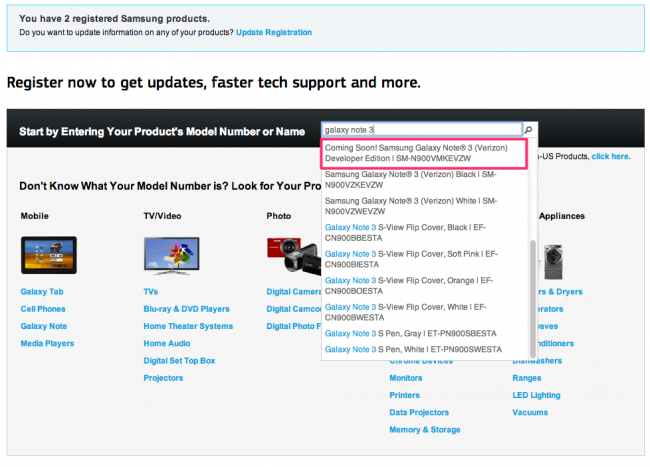