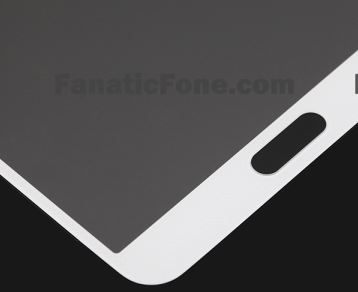 Again, it’s noticeable right off the bat that we’re basically looking at a taller Galaxy S4, and previously seen pictures revealed that it will be similar in size to the Galaxy Note II, but a little taller and with thinner bezels (that let Samsung keep the width the same as the Note II’s).  (As readers pointed out, the buttons are in the same position, they’re just mirrored as the photos have been taken from behind, though I’m still not sold on the credibility of these photos).

But hey, it’s not long before what’s right and what’s made-up is revealed to use, so let’s just refrain from too much speculation for now. What do you guys think? Are these pictures fake or could they be the real deal?