Samsung releases a speedometer app for the Gear S3 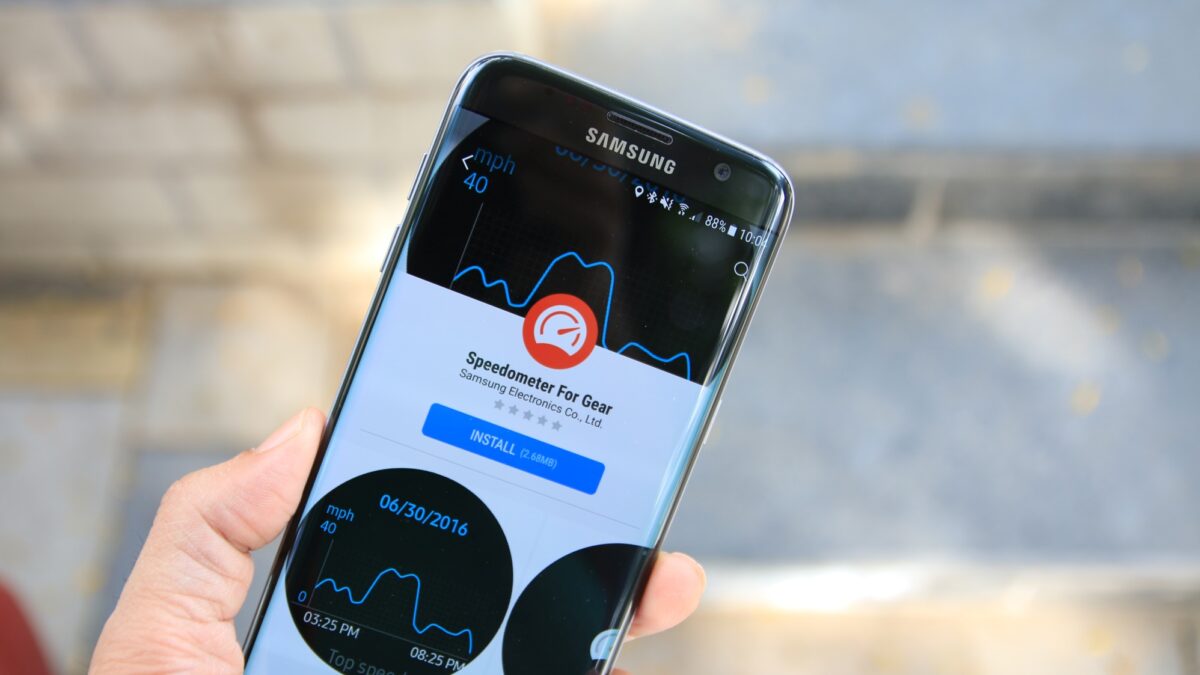 Samsung has launched the Gear S3 in a few markets, and the latest smartwatch from the company comes with built-in GPS connectivity. It received a minor firmware update last week that added preliminary support for a speedometer. Now, Samsung has released a standalone speedometer app for the Gear S3.

The aptly named ‘Speedometer for Gear’ app was released earlier today by Samsung, and it is compatible with the Gear S3. It uses the Gear S3’s GPS to calculate the user’s speed in real-time. It also shows the data in graphical format along with lowest and highest speeds, and it even keeps track of previous data.