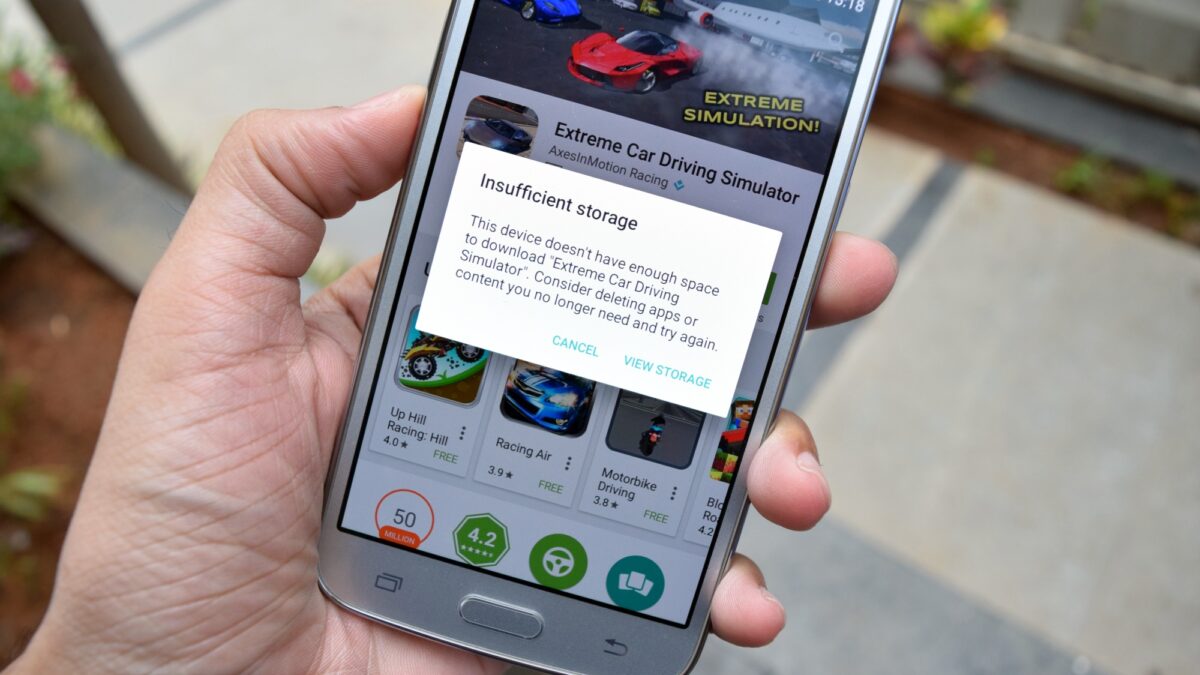 Samsung recently announced the Galaxy J2 (2016), and I have been using the device as my primary phone for the last couple of days. A budget smartphone always comes with a slew of limitations, but my biggest gripe with the Galaxy J2 (2016) has been its limited storage space. I’ve been bombarded by “you’re running out of storage space” messages since the first day, and during the initial day or two, most of my time was spent moving apps to the external SD card and uninstalling anything that I didn’t absolutely need.

It’s not like 8GB of storage is absolutely bad, but Samsung’s software takes up a lot of space for system files. Also, the company’s collaboration with Microsoft means you get preloaded versions of Skype, Word and a few other apps, all of which take more than 100 MB of storage out of the box. Then there’s the fact that Android doesn’t properly support installing apps on the external storage (Marshmallow made things better, but some of an app’s data still resides on the internal storage). Oh, and Samsung has also decided adoptable storage isn’t a feature people need – we agree it’s not necessary on a high-end device, but cheap smartphones would benefit from giving users the option to use a feature like adoptable storage.

Limited storage makes life especially hard for us reviewers. My J2 (2016) only has around 500 MB of free space available, and to test any high-end game/one with a large amount of data, I will be forced to remove a couple of other apps from the phone. But the thing is, I’m already only using apps that are essential for me. Even for a regular user, that doesn’t bode well, and as I see it the Galaxy J2 (2016) is only good for folks who can live their life with Facebook, Instagram, and WhatsApp and will never install anything else on their phone.

I get it, Samsung. No matter what happens, you can’t really make feature-packed phones like the Chinese OEMs do at low price points, but there is no reason to limit people to such a low amount of storage in this day and age. You make your own chips and using at least 16GB chips would barely affect your profit margins. It would, however, go a long way in improving the user experience. Folks who buy budget phones like to use apps like everyone else, and just 8GB of storage is no longer viable for anyone but the most basic smartphone users.

I wrote yesterday about how Samsung needs to stop making smartphones with 8GB of internal storage, and I’m back again today to complain about another annoyance in the company’s budget smartphones. We have often spoken about how the lack of an ambient light sensor/auto brightness on Samsung’s cheap phones is inexcusable. A light sensor is […]