Samsung has made an official announcement for the Exynos 5433, the latest chip in its Exynos mobile processor lineup that powers the Galaxy Note 4 (at least in some regions). The company is marketing the chip as the Exynos 7 Octa, and the jump from Exynos 5 to Exynos 7 seems to stem from the fact that the Exynos 7 offers a major performance improvement over its predecessor. In terms of CPU performance, the Exynos 7 Octa offers a 57 percent improvement over the Exynos 5, while using lesser power thanks to its 20nm manufacturing process. Of course, the new chip is 64-bit enabled as well, though that will come in handy only once Android L comes out later this year.

The Exynos 7 has eight processor cores – four Cortex-A53 and four Cortex-A57 cores (the A57 cores aren’t activated as 64-bit) – in big.LITTLE architecture and supports enabling all of them at once thanks to HMP (heterogeneous multiprocessing) technology. The GPU is a Mali T-760; the chip supports displays of up to 1600×2500 resolution, and dual built-in Image Signal Processors enable support for up to 16-megapixel rear cameras and 5-megapixel front-facing cameras, with 60fps and 30fps video recording on each simultaneously. As we’ve seen before, the Exynos 7 Octa also features an inbuilt LTE modem, though there’s also expected to be a 3G-only variant of the chipset for markets like Nepal.

We can expect the Exynos 7 Octa to power at least one more flagship in Samsung’s smartphone lineup (and also a newer variant of the Galaxy Tab S), before the company brings out an even better iteration. Hit the source link for all the details on the Exynos 7 Octa. 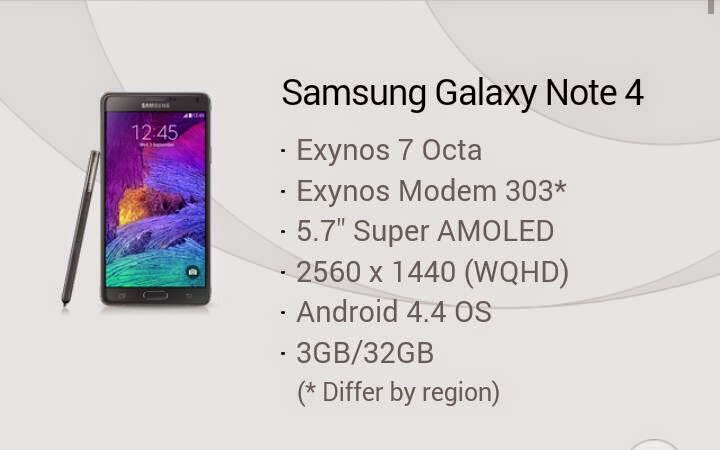 Samsung launches an upgraded version of the Galaxy A8 in Japan

Samsung launched the Galaxy A8 about five months ago, it happened to be one of the most feature-packed mid-ran …

There’s been a lot of talk about what SoC, between the Snapdragon 810 and the Exynos 7420, the upcoming …

We all know that Samsung is working on its next-generation flagship smartphone, the Galaxy S6, which is also c …