Group Play has been a standard feature on Samsung’s smartphones since the Galaxy S4 debuted back in early 2013, letting users pair up multiple devices and share pictures, documents and music among them in real time. Today, the company is pushing out an update to the Group Play app, bringing it to version 3.0. The latest version brings over a flat interface similar to the one we’ve seen on other Samsung apps recently (like S Health), and also enables a Group Camcorder option on the Galaxy S5.

Group Camcorder lets a user pair up to 4 devices and capture videos from each device’s camera, then lets the host device edit and merge the best shot sequences, basically incorporating the camera output from all connected devices. Group Camcorder is present on the Galaxy S5 out of the box, but using it requires updating to version 3.0 of Group Play – unfortunately, the feature doesn’t work on existing Samsung devices like the Galaxy Note 3 just yet, which made it impossible for us to test Group Camcorder as we had only one Galaxy S5 in our possession.

The update should soon be showing up on Google Play and the Samsung Apps store, but you can download the update’s files and install it manually from the links below. The Group Camcorder APK only works on the Galaxy S5, and we’ll be testing it out in the days to come to see just how well it works in real world usage. 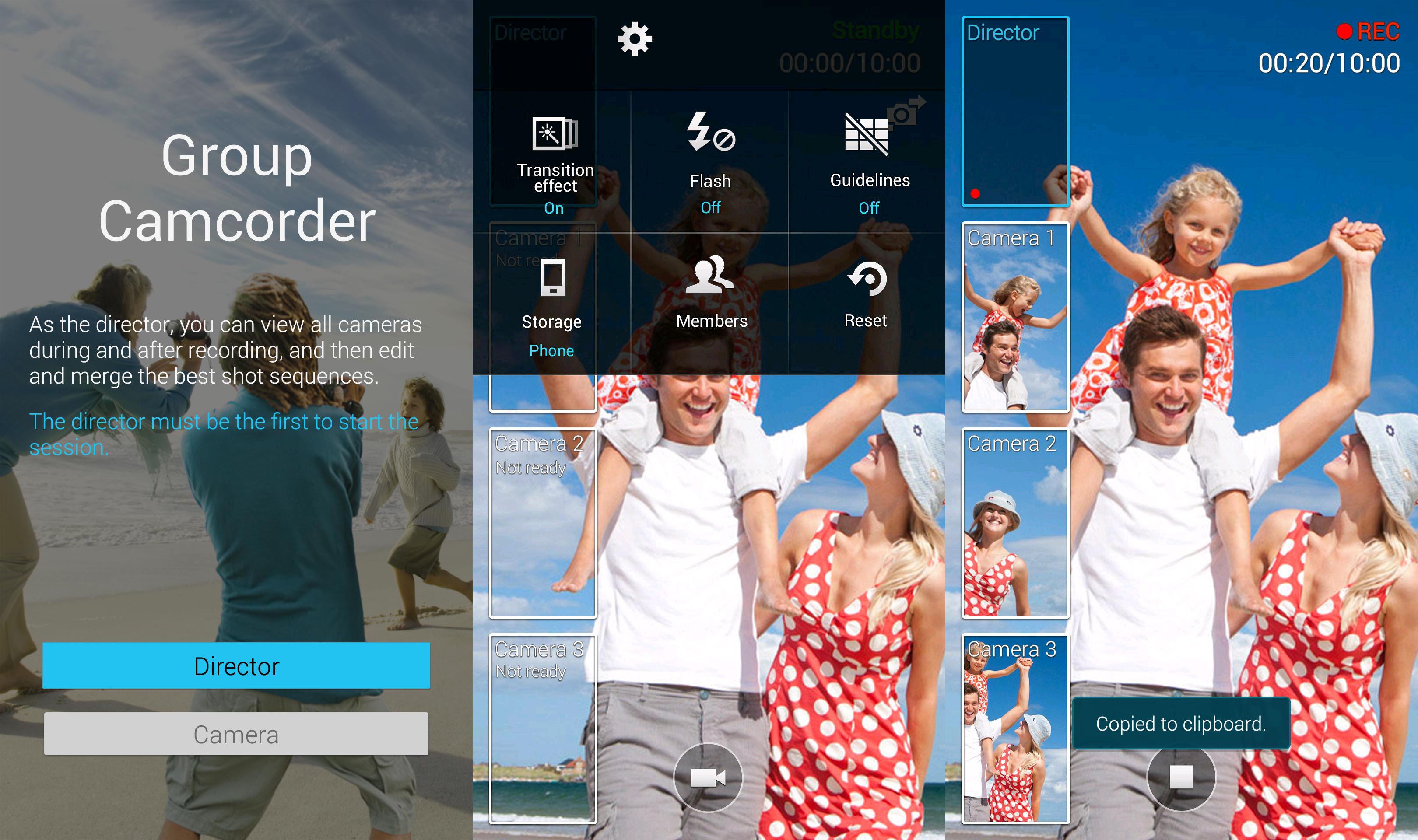 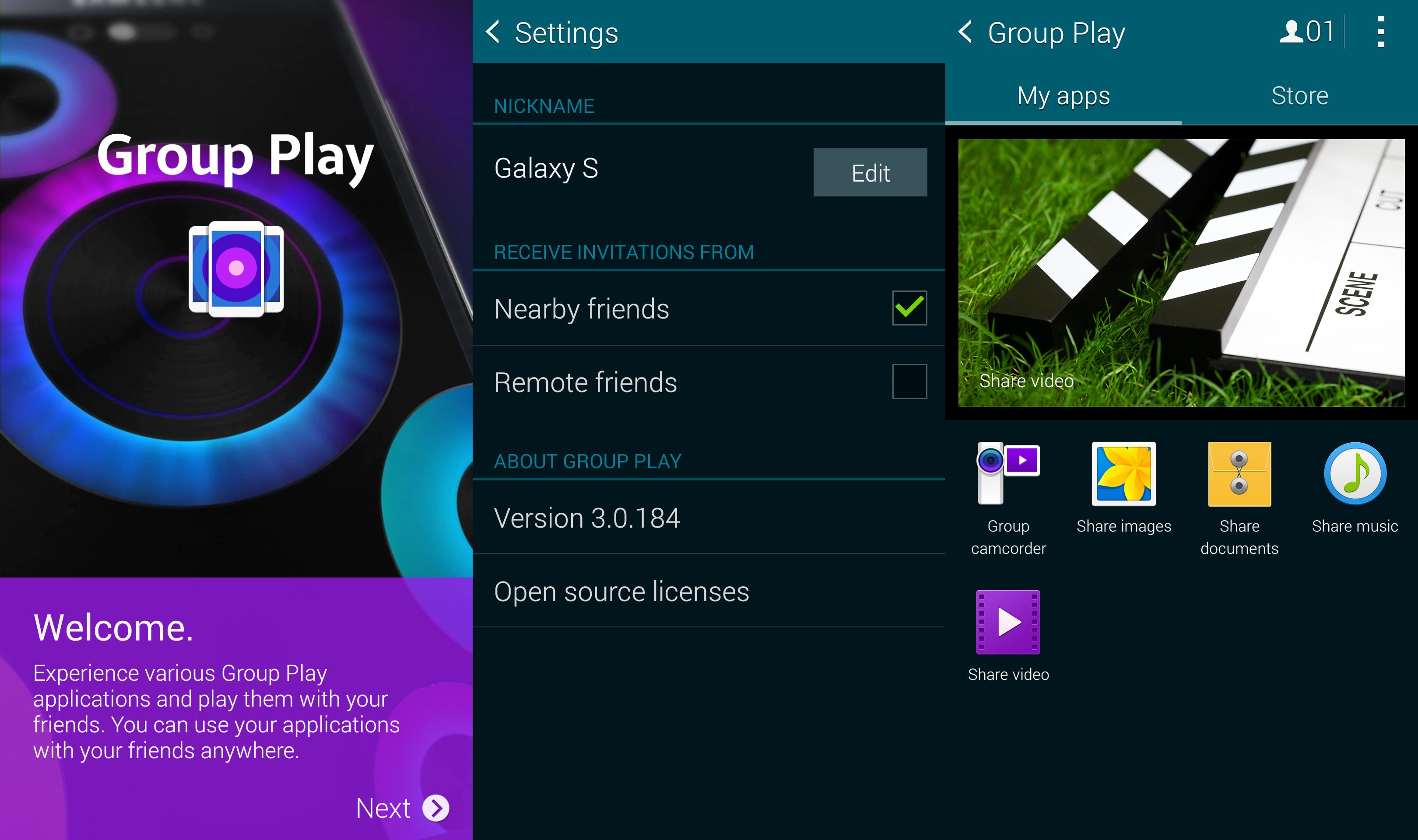 this is not working in galaxy note 4

I have uncompatible Group Play on Google Play :/ But app works fine… I have official rom :/

This is actually cool, imagine you can video in different perspective, ala Matrix cinematography. hmmmm, excited to see this in the real world use.