Many websites reported about the flexible displays by Samsung Display last week at CES. Sadly, only one website, anandtech, showed us something more special! Anandtech posted a full gallery of future products by Samsung. New upcoming processors and new upcoming batteries also made an appearance at the event. But the most greatest thing was that Samsung posted a sample about when we could expect the first Full HD SAMOLED displays! According to Samsung, the first FHD Displays would ship on Q1 of 2013. Which simply means that the GALAXY S IV will get a Full HD resolution SAMOLED display with pixel density of 440PPI, the pixel density is more than your LED 3D TV!

Since the begining of the Galaxy S IV speculationa, the screen is the hottest topic! We are happy to see Samsung is ready. I think we can speak for all GALAXY owners about the AMOLED screen in Samsung product, it’s the greatest thing we ever saw. 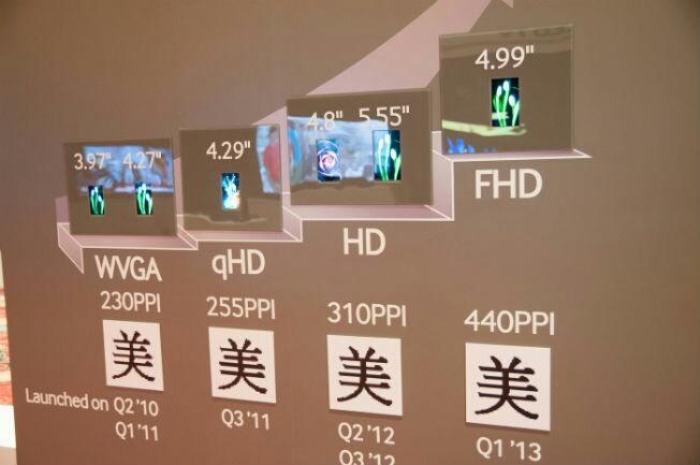 Samsung also showed the line up of OCTA processors and some of their new batteries for mobile products! Below are all the pictures! Again thanks to anandtech