Galaxy S20 Fan Edition will be officially unveiled on September 23 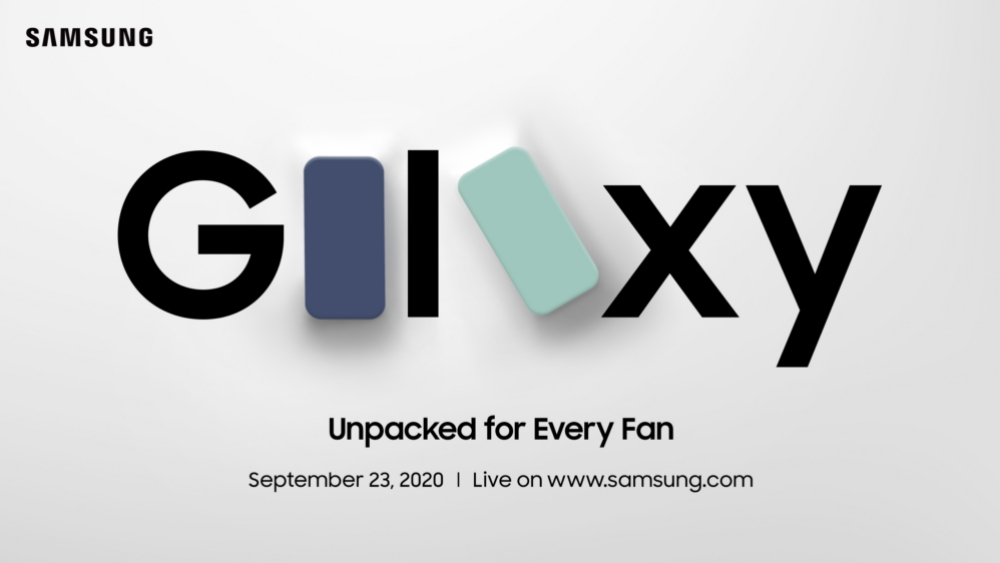 Samsung has published an invitation for its ‘Galaxy Unpacked for Every Fan’ event, which will take place on September 23. The company will most likely unveil the Galaxy S20 Fan Edition during this online-only event. You can watch the live video stream of the event on Samsung’s website and YouTube.

The Galaxy Unpacked for Every Fan event will take place on September 23 at 10 AM ET. In its announcement post, Samsung said that it has developed a special relationship with Galaxy fans worldwide and that their valuable feedback has helped create exciting innovations and made mobile experiences better for everyone. The teaser video also shows six colors in which the Galaxy S20 Fan Edition is expected to be available.

It will have a 6.5-inch Super AMOLED display with Full HD+ resolution, a 120Hz refresh rate, and Gorilla Glass 3 protection. It is also said to feature a 32MP selfie camera, a 12MP+12MP+8MP rear-facing camera, and IP68 certification. The phone will run Android 10 out of the box and will be powered by a 4,500mAh battery.