Is Samsung finally ready to let people buy its Bixby-powered smart speakers? That seems to be the case: Samsung published an article on its Korean newsroom earlier today that revealed the Galaxy Home Mini’s release date but was ultimately taken down. The Galaxy Home Mini will hit retail shelves on February 12, but you might want to hold your excitement.

Samsung’s newsroom post says that release date is only for Korea, so it doesn’t look like the Galaxy Home Mini — which will feature an IR blaster — will be widely available on that date. However, it’s good to see that the company has finally decided to release its smart speaker, even if it’s not a worldwide launch. The US will likely be the next market to get the Galaxy Home Mini, though we will have to wait for availability details from Samsung to find out when the company aims to bring the smart speaker to markets outside its home country.

While Samsung may have taken down its newsroom post, there is a solid chance the release date for the Galaxy Home Mini really is February 12. Samsung had said before that it will be launching the speaker in early 2020, and what better time to make the necessary announcements than at its Unpacked event on February 11, where the Galaxy S20 and Galaxy Z Flip will be unveiled? Fingers crossed that’s actually the case and Samsung doesn’t have any more delays of its Bixby-powered speaker in the pipeline. 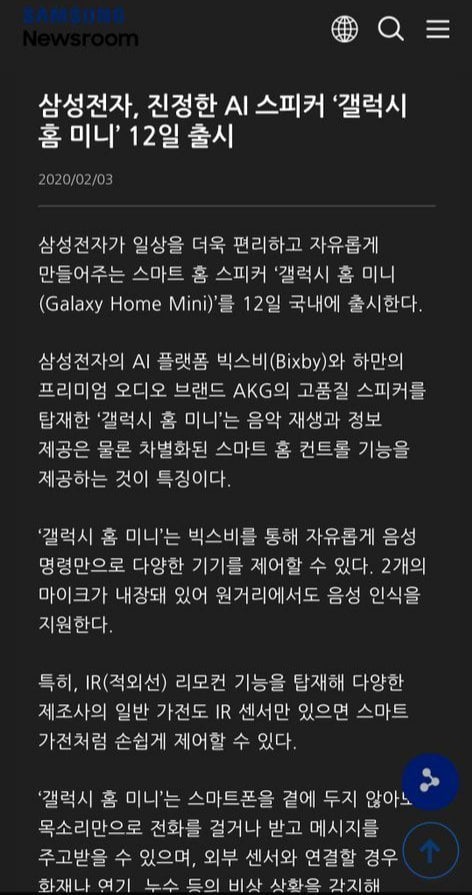