The wait for the Galaxy Z Flip 3 is almost over. Arguably, it was made more bearable by the recent leaks and rumors that gave us a sneak preview of the upcoming device, and now, with just a couple of weeks left before Galaxy Unpacked, the Galaxy Z Flip 3 has popped up again in a new round of leaked renders via WinFuture.

This time, the Galaxy Z Flip 3 is depicted in the color black, though the upcoming foldable device is said to be planned for release in at least four color options. Other than the paint finish, the renders reconfirm some of the design characteristics we’ve already known.

The Galaxy Z Flip 3 has a vertically aligned dual-camera system and a larger cover display. These components are delimited by a protruding sheet of glass. The device has a volume rocker on the right edge and a USB-C port along with a loudspeaker grille at the bottom. The ear speaker at the top also seems to have a new design with three orifices instead of one.

Samsung’s new clamshell foldable has marginally thinner bezels surrounding the foldable screen, and the hinge was redesigned to allow the phone an IPX8 rating for water resistance.

The upcoming foldable deice will not only introduce a refreshed design, but it will also be more powerful than its predecessor, as one would expect from a yearly sequel. One of the bigger upgrades will consist of a 120Hz foldable display, allowing for smoother animations throughout the UI and for certain mobile games to run at 120 frames per second.

All that processing will be handled by the Snapdragon 888 chipset, if previous benchmarks prove to be true, and the CPU will be paired with 8GB of RAM. Storage options should include 128GB and 256GB, but the phone won’t have a microSD card slot.

Samsung will officially unveil the Galaxy Z Flip 3 at Galaxy Unpacked 2021 on August 11. 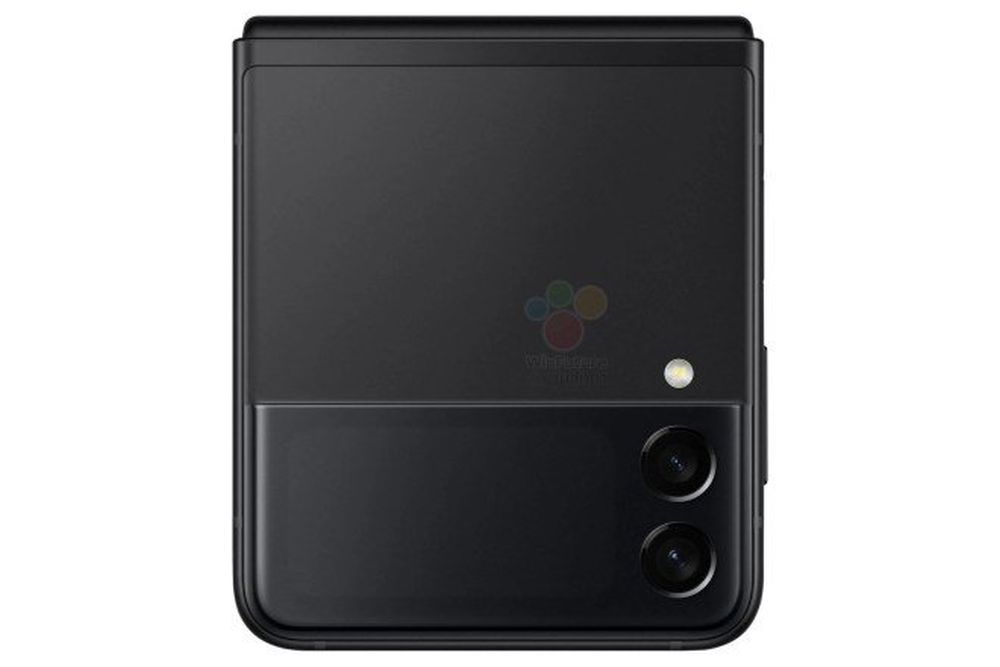 Foldable smartphone shipments surge in Q3 thanks to Samsung’s la …

Stable One UI 4.0 update for Samsung’s latest foldables could be …