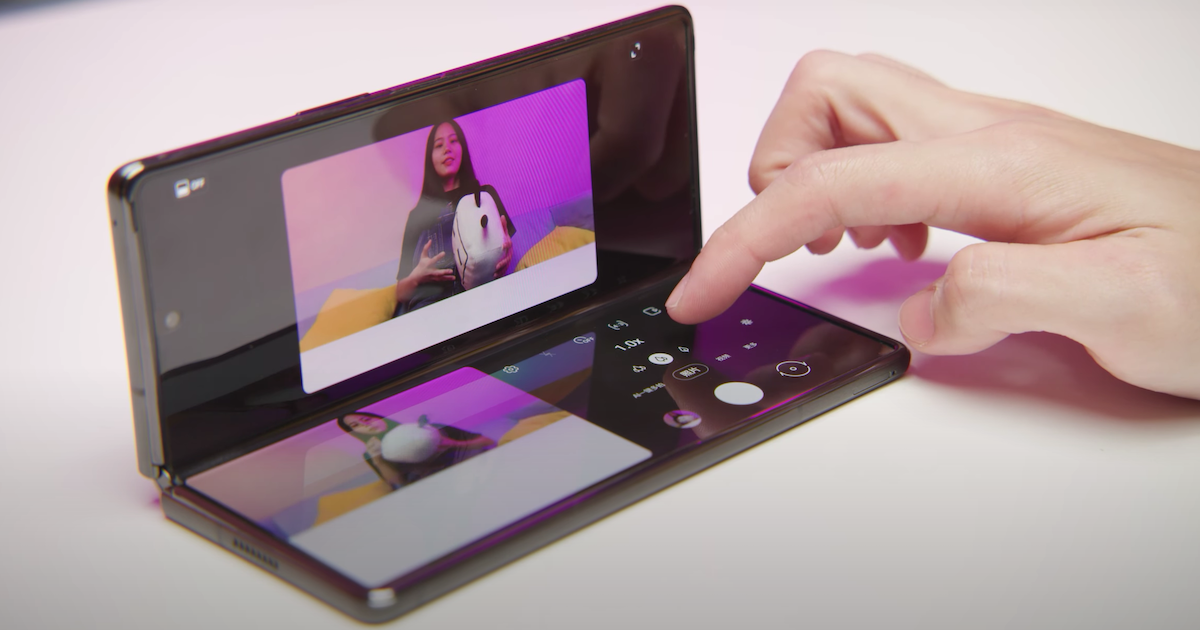 Samsung kept its cards pretty close to the chest when it unveiled the Galaxy Z Fold 2 during its August 5 virtual Unpacked event. The company said that it will have more to share on September 1. That’s also when it will start taking pre-orders for its new foldable smartphone.

However, it appears that some units have found their way into the wild already. We’ve been seeing leaks come up over the past week and now a full-blown Galaxy Z Fold 2 video review has been published online.

Unless you can speak Chinese, the audio won’t make sense to you but that doesn’t take away from the enjoyment of gawking at the Galaxy Z Fold 2 one bit. We get some nice, clear shots of the device including its new functionality.

You can see just how Flex Mode works on the device and the angles at which the display can freely stand upright. This allows for a number of interesting use cases, particularly when watching multimedia content.

The video review also confirms that it’s now possible to take a selfie with the rear cameras by using the cover display as a viewfinder, a feature that we have long waited for. We also get to see how the software has been improved. Multi-Active Window looks much better, and so does the UI response when the handset is being used in Flex Mode.

It’s the side-by-side shots with the Galaxy Fold that are really interesting. You get a sense of just how mature the Galaxy Z Fold 2 feels compared to its predecessor. The design itself looks great, the finish is immaculate and the larger cover and internal displays are in a league of their own.

We highly recommend that you check out this Galaxy Z Fold 2 video review. It’s embedded down below for your convenience. Does it not make you want to throw your money at the screen?

A few weeks ago, Google started testing the split keyboard mode in the Gboard app. It was available to a few b …

Samsung has released the June 2022 security update to the unlocked variant of the Galaxy Z Fold 2 in the US. E …