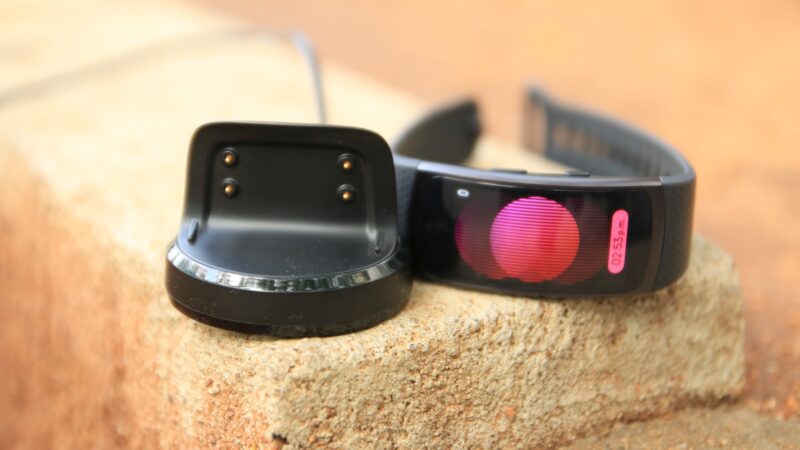 Recent reports have suggested that Samsung is working on a new wearable device. It’s not said to be a full-fledged smartwatch so it won’t be the Gear S4. The information that Samsung has revealed suggests that it’s more of a fitness tracker/smartwatch hybrid.

Samsung has revealed some details about the upcoming wearable device. The company has sent out a survey to members of its SmartLab Plus program. One of the members on our team received this email. Samsung is asking for opinions on some taglines that will be used to promote the new product.

“The new product concept takes the best bits from Gear S3 and Gear Fit 2,” Samsung says. The company also explains that the new product is “in the form of a smartwatch (rather than an activity tracker)” and that it provides maximum comfort with a smaller body and thinner watch straps. The watch straps will be replaceable so that customers can personalize the look.

The company mentions in the email that its new product is water resistant to the point where it’s swimproof. This means that users will be able to track their swimming workouts as well. Additional fitness tracking features will include activity tracking, weight and calorie management, active sports and coaching.

The device will have a revised user interface optimized for widgets with glanceable information. It’s going to push smart inactivity alerts to remind users to stay active when on a flight or even when it feels that they need to take a break while driving.

Samsung may be trying to blur the line between fitness trackers and smartwatches with this product. The company says that the device has been designed to be something that customers can “wear all day from work to the gym.”

It’s unclear when Samsung is planning to unveil this device and whether it will be branded under the Gear S or Gear Fit lineup.