[Update 2: Now in gold!] Leaked image allegedly shows off front panels belonging to the Galaxy S8 and Galaxy S8 Plus

Over the course of the past few days, we’ve seen an awful lot of leaked case renders surface online hinting at the design of the upcoming Galaxy S8 and Galaxy S8 Plus — and now we’re getting yet another look at the devices. This time the image allegedly showcases the front panels of the units. As you can see, both models sport curved displays; effectively confirming that there will not be a variant with a flat screen.

We have to say that although this picture matches up to the leaked hands-on image of the Galaxy S8 that appeared on Weibo two weeks ago, it should still be taken with a considerable pinch of salt as it’s not uncommon for Samsung to distribute test units to employees in a prototype shell, in order to prevent the handset’s design from leaking out ahead of its official unveiling. 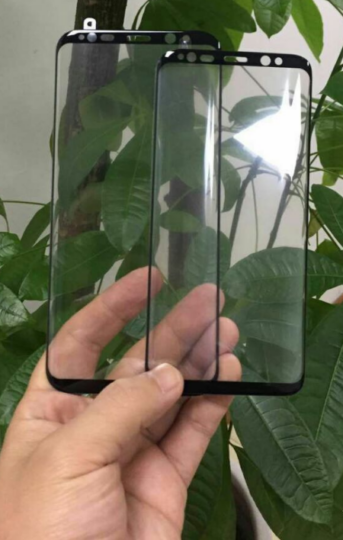 Update: According to Android Police, what we’re looking at isn’t actually the glass cover panels for the Galaxy S8 and Galaxy S8 Plus, but rather a pair of tempered glass screen protectors produced by a third-company for the handsets. It’s believed that they were designed based on legitimate information provided by either Samsung or suppliers about the size, configuration and layout of the display.

Update 2: We have come across a new image showing off purported screen protectors (or front panels, if that’s what you want to believe) for the Galaxy S8, and this time, one of them comes in gold. There’s no word on what color options the Galaxy S8 will be released in, but gold is likely to be a part of the list given the color’s popularity in many markets. 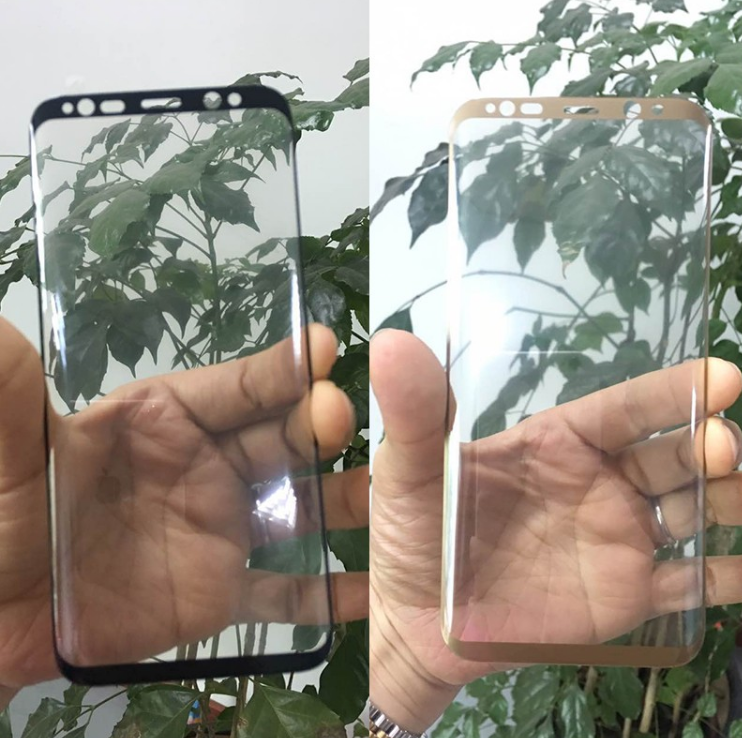