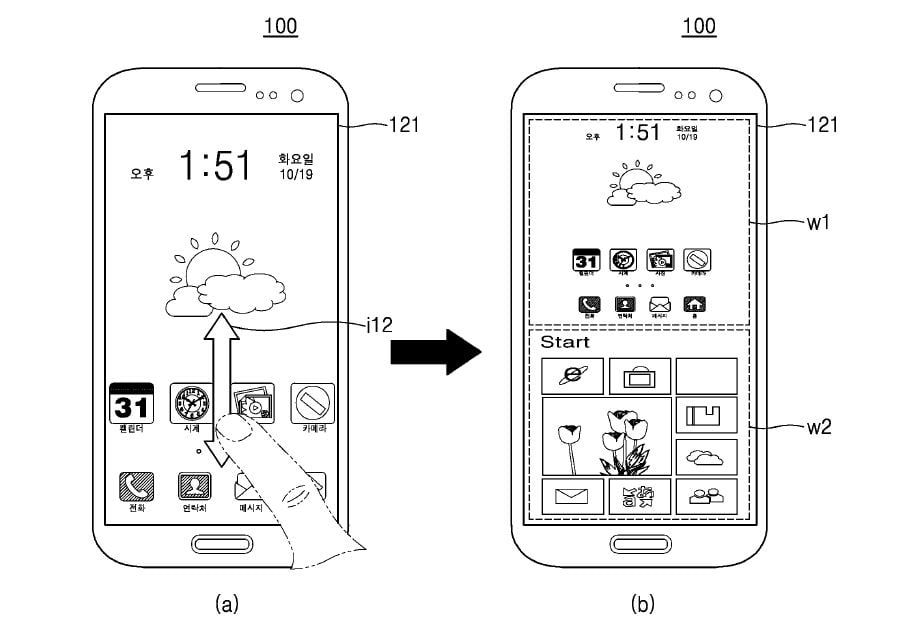 There’s something fascinating about mobile devices that are capable of switching between different operating systems. In practice, those hardly ever work out, though. For example, Samsung’s dual boot tablet Ativ Q was introduced, but never made it to the market. Still, Samsung has not given up on the idea, as testified by the publication of a patent application filed long after the Ativ Q was scrapped.

In South Korea, a patent was published today that describes a Galaxy-like phone running both Windows and Android simultaneously. In fact, switching between the systems is much like switching between, or working with, multiple apps in Samsung’s Multi Window feature as implemented in current Galaxy phones. 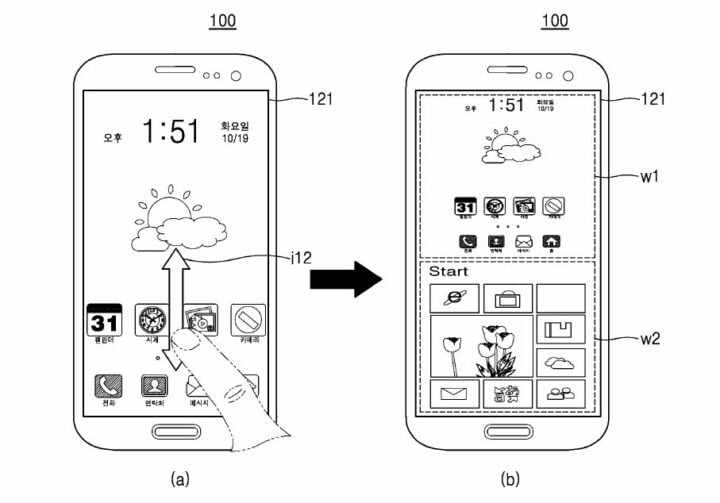 The patent application, filed in May 2015, shows how both operating systems can be displayed in two windows, enabling the user to drag and drop files between them. It is possible to minize one OS to a floating icon, in the same way an application can be minimized in the current TouchWiz UX. Pressing the Home button brings the user back to the Android home screen.

Furthermore, resources can be managed by assigning processor cores and limiting memory usage per OS. Also, shared folders can be set, to provide access to files from both operating systems.

All in all, Samsung envisions a mobile device with two highly interwoven operating systems, giving the user the best of both worlds, at least on paper. Of course, we need to point out there is no indication that Samsung is actually planning to launch a dual boot Galaxy phone any time soon, so don’t get your hopes up for a Galaxy S8 running both Windows and Android. Still, this is without a doubt one of the more interesting directions Samsung could take its multi window feature in the future. If nothing else, it is the application that justifies putting 6GB or RAM, or more, in a mobile phone.

Future Samsung phones may no longer run Android OS, but a new operating system that’s been in developmen …