This goes to show that Samsung is certainly not done improving the Always On Display feature and that it will continue to roll out improvements for this feature down the line. This minor update for Always On Display adds a section between the clock and the widgets which shows the name of the track that’s being played in the music application. It certainly can’t get any easier than this to find out the name of the track without having to unlock the handset. 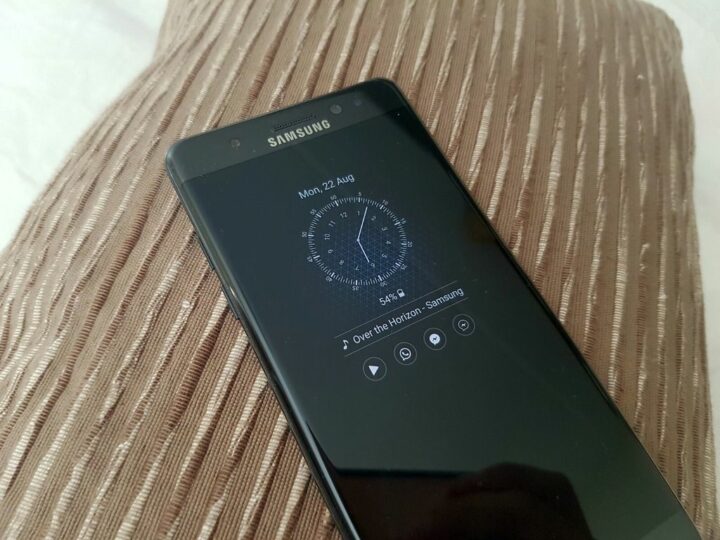