T-Mobile has released a new software update for the Galaxy S7 and the Galaxy S7 edge. It’s not a major update by any means so there’s really not much in the way of new features or changes. This incremental update for Samsung’s latest flagship handsets does make several improvements to overall performance as well as the security of these devices.

The software update notification mentions that this update improves the stability of video recording as well as the overall performance of the device. Security improvements have also been made and device stability improvements and bug fixes are also onboard. T-Mobile is rolling out this latest software update for the Galaxy S7 and the Galaxy S7 edge right now and it should go live for all users within a couple of hours at most. 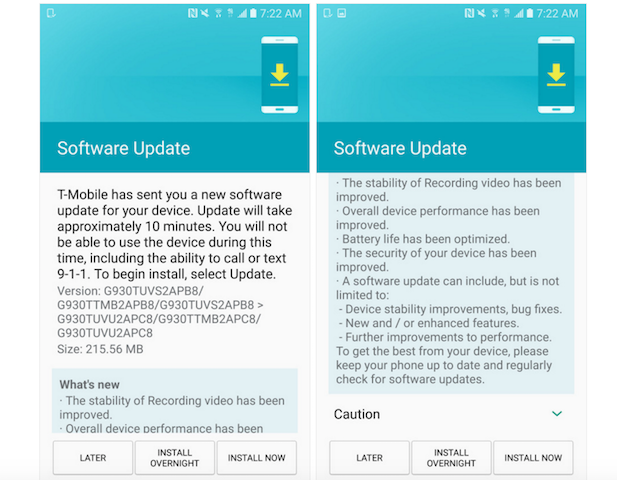