Owners of the Galaxy S5 (SM-G900L) in South Korea were the first ones in the world to taste the sweetness of Android Marshmallow update. Now, it is time for Galaxy S5 (SM-G900M) owners in Trinidad & Tobago to do so. Samsung usually releases a new software update in its home country South Korea, which is followed by an international rollout for other markets. This means that Samsung may soon start releasing Android Marshmallow update for the Galaxy S5 in other parts of the world.

You can either wait for the 1.47GB OTA (over-the-air) update to hit your device, or download it manually from our firmware section. This update (G900MUBU1CPC3) bumps up the Android version on your Galaxy S5 to 6.0.1 (Marshmallow) and brings a multitude of bug fixes as well as performance improvements and security enhancements. Android Marshmallow brings battery-saving Doze mode, Google Now on Tap, 200 new emojis, app permissions, app links, direct sharing options, Chrome custom tabs, and more to the smartphone.

If you’ve downloaded and installed the update already, let us know if you face any bugs or performance issues. You can also let others know about your experience with the new software on your Galaxy S5 through the comments section below. 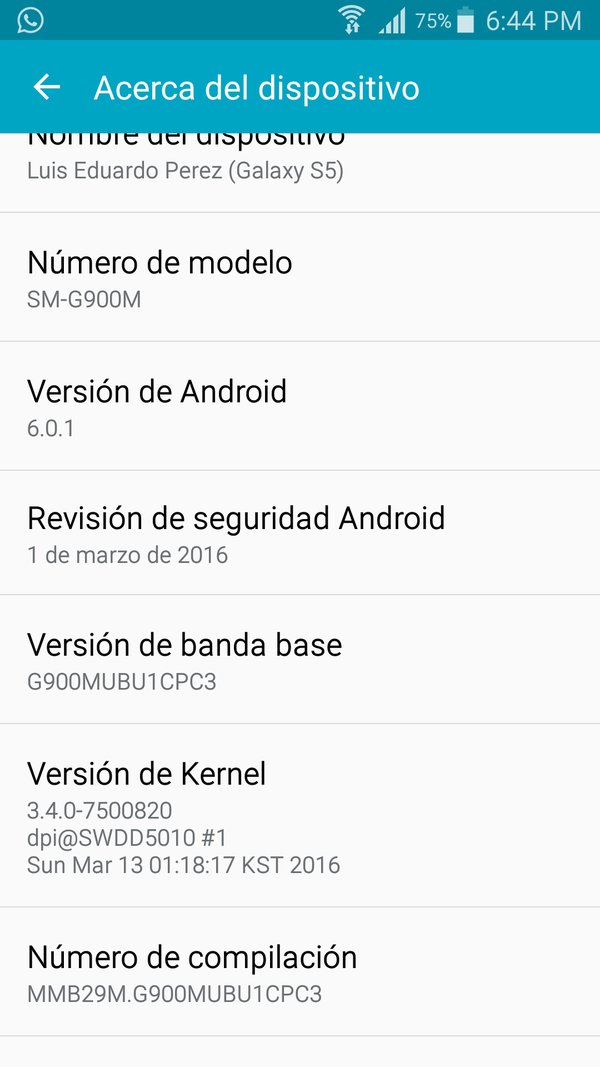 Thanks for the screenshot, @luisseper (Luis Eduardo Perez)!