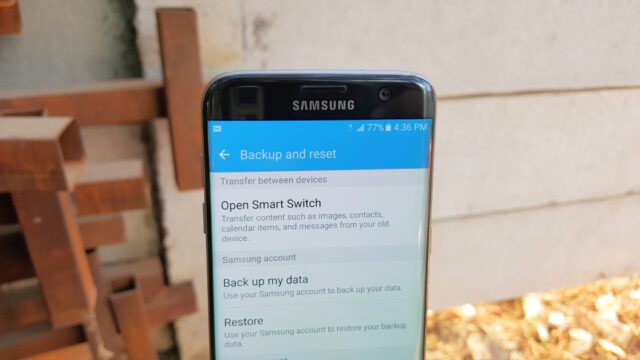 Samsung’s Smart Switch app is one of the best apps we’ve seen for transferring content from an older device to a newer one, and it has been available for all of the handsets launched by the company last year. The Galaxy S7 and Galaxy S7 edge also support Smart Switch, but it turns out Samsung has now turned it into a built-in feature of the software from a separate app.

Well, it is still an app, but you won’t find it in the app drawer. Instead, you will have to go into the Backup and reset menu in the S7 or S7 edge’s settings to open Smart Switch. Smart Switch on the Play Store isn’t compatible with the Galaxy S7 or Galaxy S7 edge (the description on the Play Store mentions that it’s preloaded on the devices by default), so the only way to update it is from Samsung’s Galaxy Apps store. However, it’s likely the S7 and S7 edge version will also be published to the Play Store in the future.

This is yet another minor but notable change that the Galaxy S7 and Galaxy S7 edge bring to Samsung’s software. Last year flagships upgrading to Marshmallow won’t be affected by this, which we guess is a good thing as Smart Switch is now more difficult to discover.

Wondering how you can use Smart Switch to transfer content from one Samsung device to another? Check out our detailed guide!