Samsung has launched the Galaxy S5 New Edition in Brazil, which is a rebranded version of the Galaxy S5 Neo. The device has similar appearance and dimensions as the Galaxy S5 Neo, but it is rocking a new processor, the Exynos 7580. Moreover, it has a dual-SIM card slot as opposed to the international variant of the device.

The device is claimed to be resistant to water and dust, but there isn’t a protective flap on the microUSB port as per the images. We wonder whether Samsung has used a technology similar to Sony as the Xperia Z5 lacks a protective flap for its microUSB port and the headphone jack. The device is available in three colors – Copper Gold, Charcoal Black and Titanium Grey –, but currently there’s no word on its pricing. 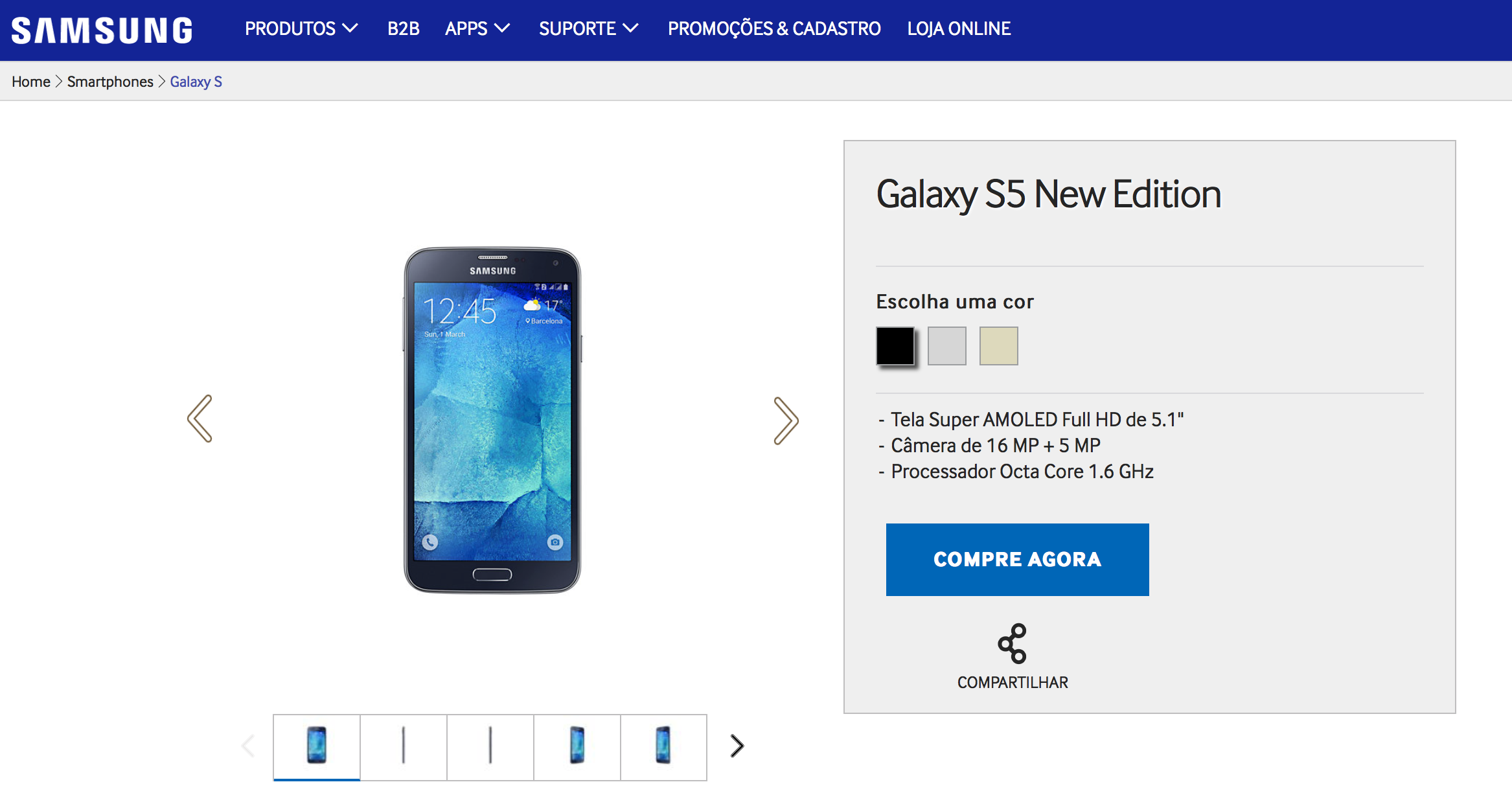