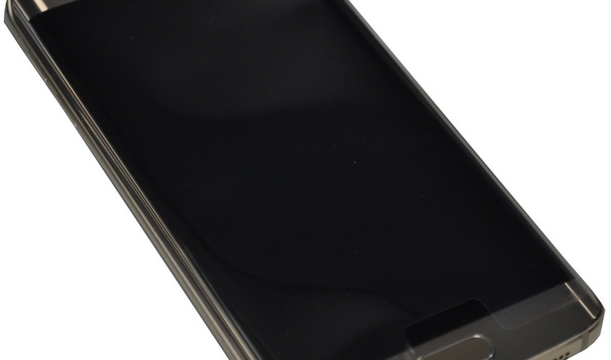 The Galaxy S6 and S6 edge have highlighted Samsung’s sophisticated side, one that some reviewers and analysts have been waiting to see for years. The statement “Apple-level polish” has been used to describe the Galaxy S6 edge by one reviewer, with others finding an interest in the two new models that hadn’t been present since earth knows when. Reports continue to pour in that suggest that Samsung’s Galaxy S6 edge should’ve been the flagship device, with daily selling-out numbers confirming the same.

Well, one retailer in particular has decided to take the Galaxy S6 edge hype to a whole new level: one that starts in this galaxy but ends in another. Kickmobiles Ltd. has placed a special edition 128GB Gold Platinum Galaxy S6 edge on eBay that retails for the premium price of $7,989. You’re reading the price right: this phone retails for the price of about two or three months’ income from your daily job!

You may think to yourself, “you’d have to be out of this galaxy to buy this Galaxy,” but there’s a reason behind the insanity. The phone is not the only surprise you get inside the box, since you also get a free wireless charging pad, Clear View cover, custom engraving voucher, along with a Samsung BlueHouse Invitation.

The Samsung BlueHouse Invitation is the key to this mysterious sale by Kickmobiles. The BlueHouse Invitation points to an exclusive club that allows certain members to preview Samsung’s latest technology before it officially arrives on the market. The box in which the phone is placed says “Next is 1/500,” a clear reference to the exclusivity of this Galaxy S6 edge (and the club behind the invitation). The club is “invitation-only,” meaning that one must have an invitation in order to become a previewer of Samsung’s cutting-edge technology. Even the color of the device seems to be more bronze than it does Gold Platinum. Though there is no bronze Galaxy S6 edge, the bronze color may point to its exclusivity and rarity.

We have a feeling that the 128GB Galaxy S6 edge being sold here doesn’t cost $7,989; rather, the device costs what a normal 128GB GS6 edge costs, but the BlueHouse Invitation eats up the majority of the retail price in this sale. $8,000 for a Galaxy S6 edge is a heck of a buy, but having an exclusive membership and early access to Samsung devices (for the Samsung faithful) is, like the Galaxy S6 edge, worth the cost.

If you’re a Samsung faithful who’d do anything to be part of an exclusive club, check out the links below. 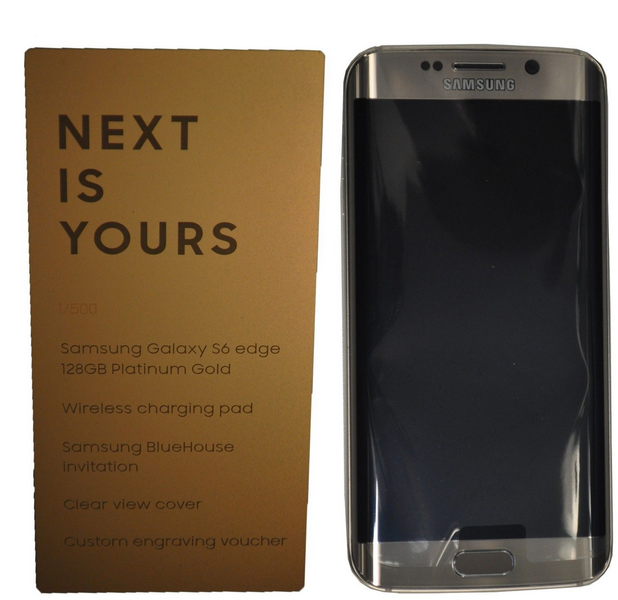