If the iPhone’s arrival in 2007 is considered an event for the history books the March 2010 announcement of the first Samsung Galaxy S smartphone is historic in its own right. This was Samsung’s first smartphone powered by Google’s Android operating system. Launched as a competitor to the iPhone the first Galaxy S smartphone had a 4 inch display and a 5 megapixel camera. The first handset’s lacklustre performance didn’t deter the company. It followed up with the Galaxy S2 in 2011 and bagged Smartphone of the Year award at Mobile World Congress Global Awards.

By the time the Galaxy S3 arrived in the following year Samsung had cemented its position as the only other OEM on the market that could give Apple a run for its money. This was proved by the Galaxy S4‘s stellar performance with over 40 million units sold worldwide. It propelled Samsung to take the largest share in the Android market.

The Galaxy S5 brought better build quality, powerful hardware as well as IP67 certification. Now in 2015 Samsung looks to shake things up with the Galaxy S6 and the Galaxy S6 edge. Both devices have beautiful metal and glass unibody construction. They are undoubtedly some of the most beautiful smartphones that Samsung has ever created. The response seems good. Samsung’s carrier partners have apparently pre-ordered 20 million units of both devices already.

The folks at MobileMadhouse have put together a great infographic which will walk you through a brief history of the Samsung Galaxy S series. It’s a great time to catch up on history as we wait for Samsung’s new flagships to arrive. 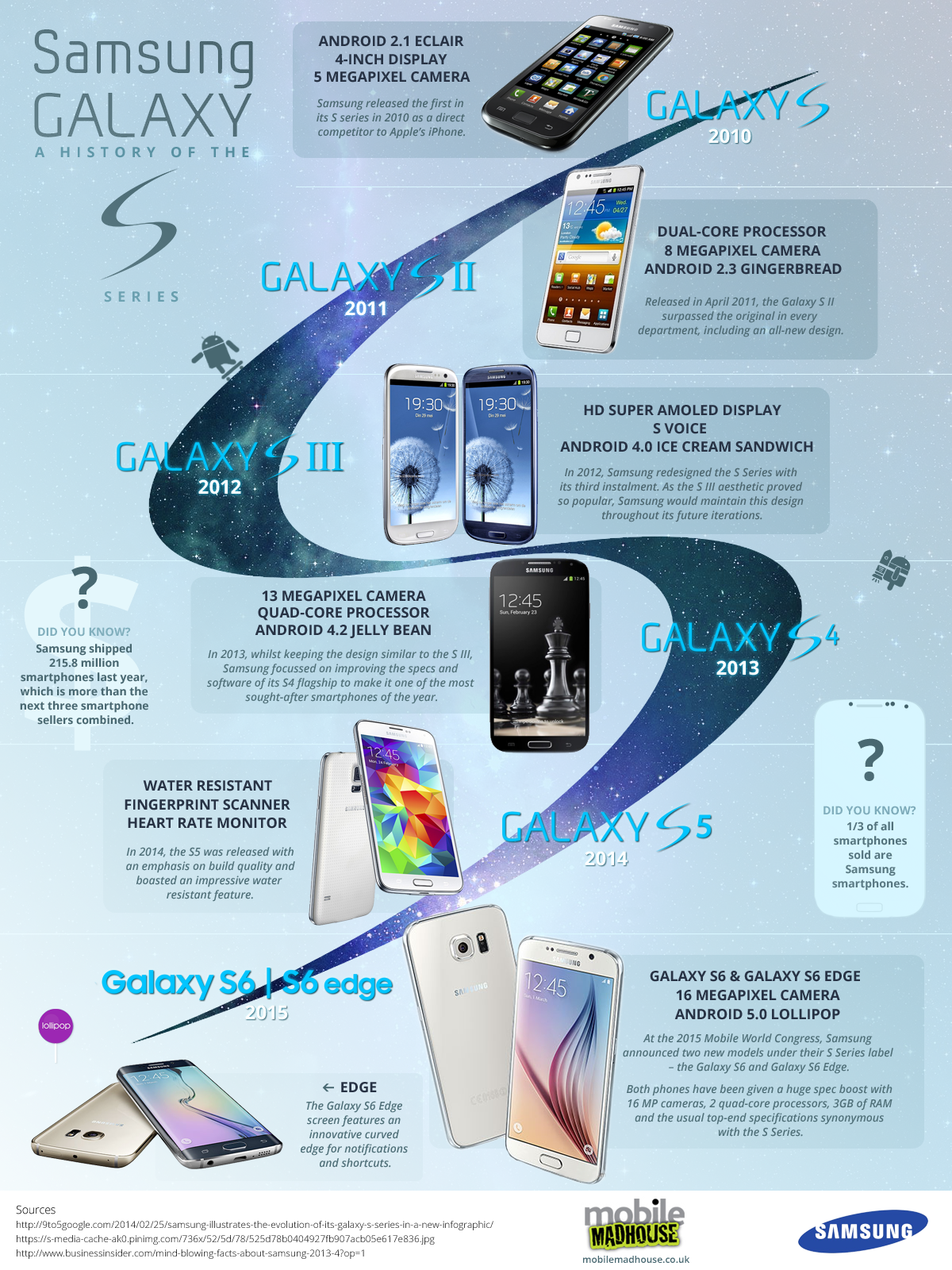