It seems Samsung is extremely busy testing out the Galaxy S6 Edge. The curved device made an appearance on AnTuTu benchmark with an impressive score, and it is now repeating that by making it to the GeekBench benchmark database with similarly great performance. According to GeekBench, the Galaxy S6 Edge – powered by the Exynos 7420 processor – scored 1,492 points in the single-core test, and 5,077 points in the multi-core test. That’s considerably higher than the Snapdragon 805-powered Galaxy Note 4, which scored a maximum of 1,054 and 3,374 points in the single-core and multi-core tests respectively.

While the Galaxy S6’s single-core performance trails behind devices like the iPhone 6 Plus and the Nexus 9, its multi-core muscle beats every device out there (the eight processor cores no doubt helping things along). Considering this is probably a test device though, we could see the single-core performance reach that of the aforementioned devices, and possibly surpass them. Samsung is heavily optimizing its software for the upcoming Galaxy S flagships, which coupled with the impressive benchmark scores could result in one of the fastest Android smartphones on the market. 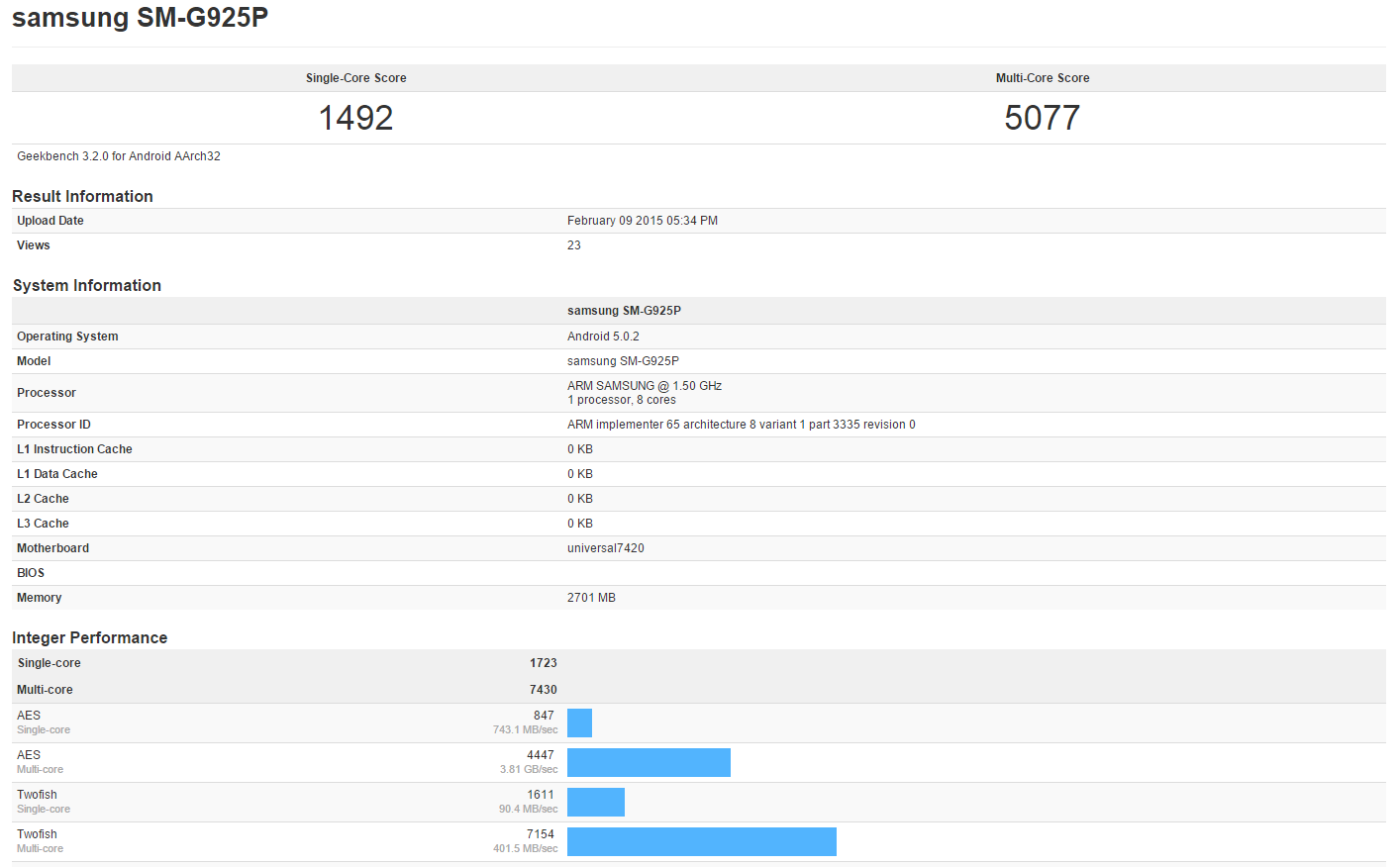